Iran Focus: Tehran, Aug. 17 – The latest round of UN and international sanctions on Iran this summer over its controversial nuclear projects has significantly impacted on the Iranian domestic market, sources tell Iran Focus. 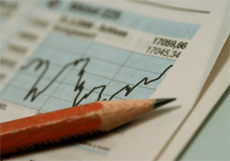 Tehran, Aug. 17 – The latest round of UN and international sanctions on Iran this summer over its controversial nuclear projects has significantly impacted on the Iranian domestic market, sources tell Iran Focus.

A government advisor on economic policy requesting anonymity said the overall government policy had been to ensure that the basic consumption requirements of the population are met. “The government is making efforts to avert pressure on average citizens, but there is doubt over how successful it can really be in doing that”.

The price of meat has been fluctuating over the past month. The government is trying to maintain prices at the lower end, but has so far had relatively little success. Similarly the price of chicken, which was $2.50 to $2.80 per kilo, has increased to an average of $3.50 in the past month. The government had repeatedly announced that it would not allow the prices to surpass the $2.80 to $3.00 range. Sugar prices are now $1.20 per kilo, up from roughly $0.70 to $0.80 a month ago.

Hard-line Iranian President Mahmoud Ahmadinejad has repeatedly vowed to continue uranium enrichment in defiance of UN Security Council resolutions, and he says sanctions would not have an impact on the country’s economy.

“That is not a true assessment at all. The people will truly be crippled financially if some other items like grain, dairy products or dried fruit are placed under sanctions. The state policy is to provide for the basic necessities of the population so they do not feel the pinch of sanctions”, the economic advisor said.

“I have come across some top engineers who say that they have not been able to obtain the required material. In one province, they wanted to build several power plants or power stations. One of them was on the brink of completion but in the end they were not able to purchase some of the required material and key electrical circuits”, the economic advisor said. “They were supposed to buy them off Germans, Swedes or Americans. But, in the past month because of sanctions the engineers told me that they had to go through middlemen and ended up being billed for hefty prices, sometimes triple the regular cost. So, the government did not have the ability to pay and was forced to buy substandard or low guarantee equipment from India, which they know will not be fulfilling our needs”.

The source said average citizens think that sanctions would lead to price hikes only for products that matter to them such as cheese, split peas and chickpeas. “It’s much more than that. The sanctions have already impacted manufacturing. Our secondary industries are idle and cannot purchase their required raw materials”.

Other industry sources say that in terms of house appliances, if Chinese imports were halted, within a few weeks the inflation figure would rise sharply. But, cheaper appliances are imported into the country ever day and keep the prices at the lower end of the scale.

Analysts in the capital say that at least 70 percent of electronic equipment and clothes are now imported from China due to international sanctions preventing sales from other countries.

The economic advisor said: “If the US or the UN or any other state that has agreed to implement the sanctions somehow works to prevent imports from China, then it would be chaos in this country”.

AP: If cornered by the West over its nuclear...