Selling the Future With Debt Securities in Iran 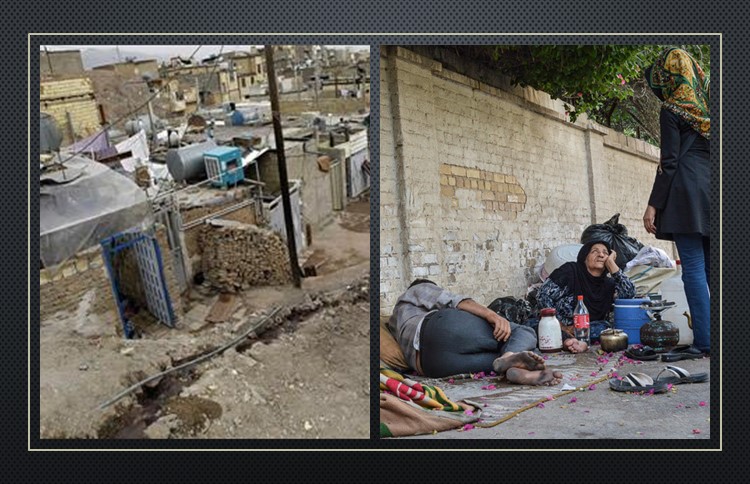 Iranian President Hassan Rouhani faces many difficulties in securing the 4.84 trillion toman budget of 2020-2021, which is under consideration in the Iranian parliament.

Figures given to provide such revenue in various areas are so unrealistic that the parliament research center also acknowledged on 25 December in an article that the budget bill is unrealistic and said: “Budget balances were done to a large extent just on the paper, and budget in the process of implementation will face a significant deficit. The government’s effort to balance the budget is largely limited to borrowing through the issuance of bonds or the National Development Fund, and yet this goal has not been met, and the equivalent of half or greater is the deficit that has been formally (despite borrowing) balanced.”

Despite a 300% decline in oil revenue forecast for 2020, meeting this portion of oil revenue is also highly uncertain, as oil sales at a rate of one million barrels per day are so unrealistic. Even Mozhgan Khanlou also failed to defend the statistics provided by the State Budget Organization in which she is the spokeswoman. She had to admit that such predictions were made only to fill the gaps and ‘making hope. Of course, the meaning of Khanlou’s ‘hope’ was to create a space of positive propaganda policy for Rouhani and a favor for the upcoming parliamentary elections:

“The important thing about oil revenues in the 2020 budget is the ‘making hope’ debate”, Khanlou said. “Saying in the budget that we have accepted sanctions against the budget and cannot export more than 300,000 barrels is not in line with making hope for the people.”

Economically, the sale of such amount of movable and immovable property, which is in fact public and owned by the people and the posterity, is a blatant state robbery, and such an increase in the numbers shows nothing but the economic distress that Rouhani is stuck in.

Although Rouhani’s government could not generate more than 2.5 trillion tomans from the sale of the property in 2019, it is not unexpected that with the billions of tomans of wealth the government holds and making the field for corruption and the auction of the people’s properties, it would gain the amount of money that is sought and the people close to the regime can gain huge and legendary wealth too. In this way, the same catastrophe that followed the privatization of the country’s economy would be repeated.

Selling the future with debt securities

Let’s look at Rouhani’s fourth hypothetical and imaginative source of income: At first, glance, selling debt securities is the simplest and most effective way for Rouhani to reach the 80 trillion income, but in this particular case, economic experts look at it with suspicion and ask these questions:

Will the government be able to meet such revenue?

What will be the impact of such a volume of debt securities sales on the country’s economy?

“While the government in the final years of its presence to offset deficits and, on the other hand, to settle its debt in the absence of liquidity, has led to the issuance of more financial securities, though experts say this is one of the most popular financing instruments in the world, but its slaphappy issuance, creates debt for the next governments and is tantamount to selling the future and on the other hand it will impose costs on the contractors. (ISNA, 10 August 2019)

An 80 trillion revenue allows the government to offset a large part of its budget deficit, but how the securities are sold is debatable.

To achieve this, Rouhani’s government uses a commitment method for its controlled banks and investment funds and forces them to buy the securities themselves and sell them to the public. Banks, in turn, sell some of the securities and spend some of their financial transactions.

Said Islami Bidgoli, a senior member of the regime’s stock exchange, said: “The budget of 2020 has come up with an unreasonable clause; that fixed-income funds in the capital market are required to allocate 50 percent of their managed assets to the government …  This is against the interests of the holders of funds in these funds.” (Otagh Iran, 25 December 2019)

The art of consumption of not sold dept securities

Now, which holes in the budget will be filled by the revenue of debt sales? This amount of income will not be even enough for the loan of the retirees and employees, and no money will be spent on the production cycle. On the other hand, the government will have to pay around 40 trillion tomans a year to pay off previously sold securities, and 13 trillion tomans must be returned to banks and Investment funds for their profits.

That Rouhani can sell such amount of debt is something that many experts in the regime also find impossible, but the catastrophic point is: “The sale of 80 trillion tomans (debt securities) is the most unprecedented ‘selling of the future’ in the Iranian economy.” (Gostaresh news, 13 December 2019)

The report of Iran’s parliament research center states that every Iranian child is born with one million tomans of debt, and if we count the 9 million debts accumulated from previous years, each Iranian child comes to life with a debt of 10 million tomans.

This is the result of 40 years of illegitimate hegemony over the resources, assets, and wealth of the people living on a sea of ​​oil and natural resources. Today, the children of these people must start their lives with millions of tomans in debt.

Bloomberg: Iran will sever all ties with the British...