Iran Protests, the Strategy of Regime Change by the People 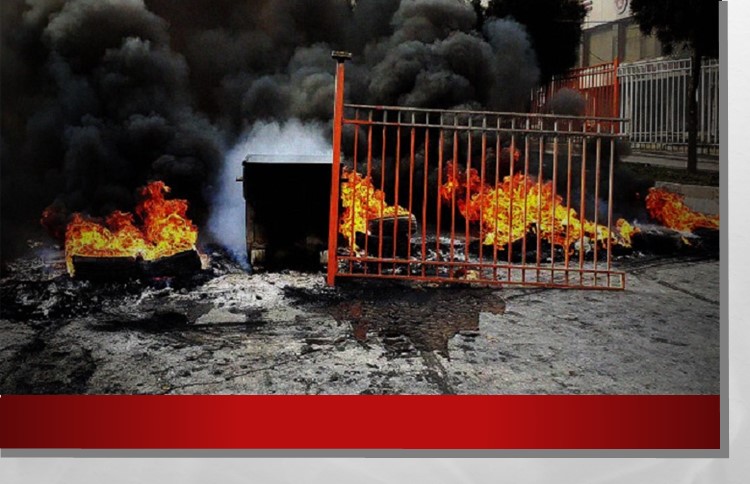 The November 2019 uprising in Iran has changed several factors in Iran’s political and social prospects. It is reported that regime crackdown on the protesters; over 1500 protesters have been killed, 4000 injured, and 12000 have been detained.

A significant factor of the protests, which has caused the regime to panic, was that this was an organized uprising.

“Although the intelligence apparatuses arrested several groups of rioters and thugs, these groups, due to their capacity, which was demonstrated in the November sedition, have a strong and secret organization which must be destroyed…they were very professional and trained…” reads a piece in the State-run Siasat daily.

The regime’s fear is the new young generation that has stood up for a regime change.

“People don’t listen to the nonsense of your television and Radio and monitor the news from foreign newscast…I am telling you and your hardliner and reformer associates that the game is over, listen to the call of folks in the streets, they are saying that they don’t want you reformers and hardliners…” a student in Yasouj University told to the Supreme Leader’s representative and former head of the state-run television and radio visiting the University.

For so long there was a view that the clerical regime consists of reformers and hardliners and if the reformers are supported they can change the regime from inside.

Iran’s main opposition group the People’s Mojahedin Organization of Iran (PMOI-MEK), contrary to the others, disapproved this idea and made it clear that the clerical regime is a religious dictatorship, and both factions believe in the main principles of the regime, which is the suppression of opposition inside Iran, and export of terrorism abroad.

The MEK formed different units all across the country called the “resistance units”. These units were instrumental in the formation and continuation of protests in the 2017-2018 uprising.

On January 9, 2018, the regime’s supreme leader Ali Khamenei, in a televised speech regarding the unrests, recognized that the uprising has been organized by the MEK.

“Facts display that these issues had been organized, and a triangle was active in organizing it. One of the vertices of this triangle was the U.S and the Zionists; the second vertex of the triangle is one of the richest governments in the Persian Gulf, and the third vertex is the MEK, and they have been ready for months ago,” Khamenei said.

“They were ready for months; the MEK media admitted it; they announced the call, and made the slogan “No to high prices”. Well, this is a slogan that everyone likes…”

The role of MEK resistance units in the November 2019 uprising was evident and many young people followed the footstep of these units.

“I believe 34 MEK members have been arrested so far. A vast network of individuals, operating not under the MEK’s name, but pursuing their line and modus operandi were also identified,” Ali Shamkhani, regimes’ Secretary for Supreme National Security Council said in a press conference on November 24, 2019.

This is the main fear of the clerical regime; a new young generation with an organized opposition with resistance units all across the country, and the army of hungry and angry people who are ready to change the regime.

AFP: UN nuclear inspections at a military complex near...