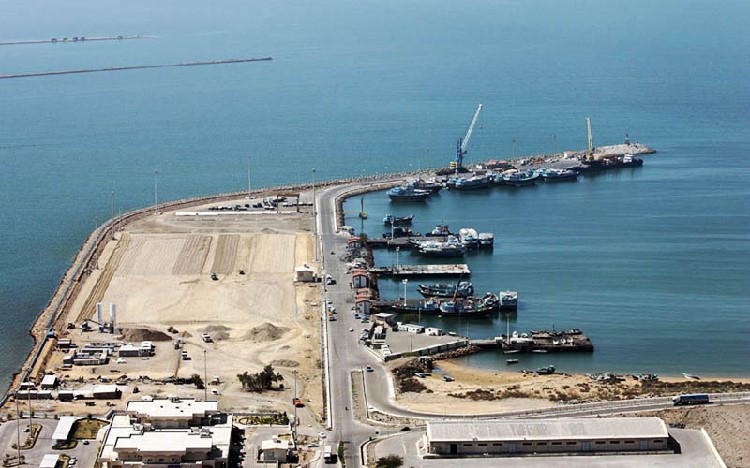 On May 14, Fars news agency provided a report about free trade zones in Iran and questioned, “Do free trade zones benefit the people, or do they benefit ‘others’?” The Revolutionary Guard Corps (IRGC)-owned media outlet next mentioned how influential individuals and entities in the governing system are profiteering from these free trade zones and revealed a part of systematic corruption in the Islamic Republic.

However, Fars did not reveal the story due to the IRGC’s role in political and economic power. In this case, it should have revealed numerous corruption cases of financial institutions and giant economic holdings that are under the supervision of the supreme leader Ali Khamenei and his office. Furthermore, IRGC commanders control hundreds of ports, wharves, and boundaries, which are the main gates of underground trade in Iran.

“The corruption will be created immediately when several people obtained above-the-law allowances. The figures are not low, the annual cost of smoking in Iran is between $1.3-1.48 billion. This figure tempts international smugglers, let alone our smuggler brothers,” said Ahmadinejad in the Specialized Conference on New Strategies in Prevention and Combating Smuggling Commodity and Currency on July 4, 2011.

Fars wrote, “In the past years, our experience obviously shows free [trade] zones had negative and destructive effects on the weak body of our country’s economy.” Afterward, it reminded the missing of $4.8 billion credit for importing essential commodities in 2019.

According to the settlement budget law, the government-linked individuals and entities received around $32 billion for importing necessity supplies. However, the fate of $4.8 billion is unclear according to the chief auditor Adel Azar. Moreover, a huge part of the mentioned budget was spent on non-essential goods like “can lids, food for dogs and cats, ice-cream sticks, various types of soil, cleaners and cloth, some of which are produced in Iran.”

“The issue of free trade zones was really disgraceful. Now, in these circumstances, it is not time to expand the free and special zones with this acceleration,” the Vatan-e Emrouz daily wrote on February 15.

Earlier, Ahmad Tavakkoli, a member of the Expediency Council, criticized the non-transparency and growth of corruption over free trade zones. “Because there is no information about free zones, rent-seeking and corruption are created and thieves grow,” the Fars quoted Tavakkoli as saying on April 25.

As another manifestation of corruption in the free zones, at least 12,000 front companies were founded by government-affiliated institutions and individuals. These formal companies have been registered to cover illegal transactions, particularly for smuggling and tax evasion.

In this respect, former acting president of Fars Nezamoddin Mousavi described free trade zones as the “wharves for corruption,” according to Daneshju news agency on April 26.

“$20 billion of the $22 billion in smuggled goods in the country comes from these [free trade zones], which indicates that 90 percent of these areas are involved in smuggling,” the Tasnim news agency wrote on July 26, 2016.

Also, Abdul-Ghafoor Irannejad, a member of the Parliament (Majlis) from Chabahar city, southeastern Iran, blamed the government for inversing the goal of these areas. “Free trade zones are no longer a gate for importing goods and exporting. They have paved the way for corruption and rent-seeking. According to determined purposes, free zones should have become a launchpad for exporting Iranian commodities. However, they not only do not have any role in improvement but also played as a stopping parameter,” the Tejarat Online wrote on May 6.

In reality, this volume of corruption, embezzlement, rent-seeking, and trafficking would never take place without the involvement of influential politicians and factions. The mentioned economic crimes are the flipside of expansion of poverty, misery, and many social calamities. The systematic corruption in Iran is so strong that the rulers can easily grant 200,000 hectares of valuable lands of Kish island, southern Iran, to a government-linked individual without prosecution. In this context, as the ayatollahs and their relatives become richer, ordinary people are being pushed further below the poverty line.

Additionally, while hundreds of porters [Kolbars] are annually falling victim to either IRGC deadly gunshots or the cold and glacial climate of the Kurdish area, as well as many impoverished citizens in Sistan & Baluchestan, the government-linked smugglers are freely lining their pockets with the uncountable wealth like what happening in free trade zones.

Expanding Free Trade Zones as the Backyard of Government Mafia

Troubling Statistics on Malnutrition in Iran

Today in all nations, especially industrial and developed societies,...