Under Sanctions, Iran Is Fast Losing Its Share of Non-Oil Export Markets 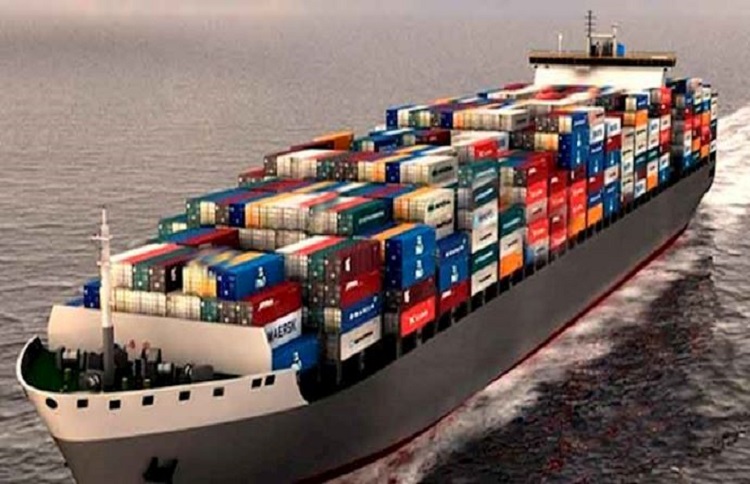 According to information provided by the Tehran Chamber of Commerce, Iranian businessmen exported about $1.6 billion in the first month of this year, down 36 percent from the same period last year.

One of the devastating consequences of the West’s appeasement policy, especially that of the United States during the Obama administration for the Iranian regime was that it thought it could circumvent new sanctions and raise enough money and equipment to carry out its malign projects.

The holes allowed the Iranian regime to survive while Western countries ignore many things in the past. But this window is closing now and one of the consequences is the reduction of oil and non-oil exports.

According to published statistics, more than a third of the regime’s non-oil exports have fallen, which, in addition to sanctions, the situation caused by the coronavirus exacerbated this situation.

15 years ago, Iran supreme leader Ali Khamenei’s beloved president Mahmoud Ahmadinejad was elected in a sham election. And with him, the regime restarted its atomic project race without any fear and that the international sanctions will not disrupt its project while disrespecting any international warnings and statements.

He (Iran’s supreme leader) repeatedly emphasized: “If new sanctions are imposed, it will not be a new thing for Iran … Are you scaring us from sanctions?… Friends have rightly said that we are avoiding sanctions; I am sure of that too. The Iranian nation and the country’s officials are avoiding sanctions … We are vaccinated against sanctions; Sanctions do not hurt us … It is not like they can and will continue to do so for a long time. This is not possible; That is, the world does not accept this. Today, the world is not a world that will listen to America … Force, pressure, and confrontation cannot go on too long … By circumventing the sanctions, which is a good, interesting, and a delicate trick, and it is good that the government and the nation use this trick … these sanctions will be nullified; You should know … these sanctions are in our favor, and we have to thank the Americans for that.”

Acknowledging the impact of sanctions

Finally, after many years of optimism, Khamenei got off his wild horse while he saw himself sinking into the swamp. He acknowledged that sanctions were effective and so he called for a ‘heroic flexibility’ and the replacement of the president and of course the 2015 international nuclear deal known as the JCPOA.

But with the arrival of the new team in the White House and the revelation of the regime’s tricks, that the regime was doing behind the scenes and under the shadow of the JCPOA, the sanctions were re-imposed.

The new sanctions, and the coronavirus exported by the Mahan air to Iran, dealt a devastating blow to Iran’s non-oil exports.

In an optimistic assumption and possibility that the firms and factories of the regime are producing and exporting products at full capacity, it is necessary to ask where these goods are exported. Which regional and intercontinental markets need or apply for them?

On this issue the Tejarat daily wrote on 14 May:

“Today, we are even facing difficulties in exporting carpets and pistachios. Even more unfortunate is the fact that we have lost neighboring markets. Undoubtedly, buying Iranian goods is much more suitable for Afghanistan, Iraq, Turkey, Qatar, Turkmenistan, the Republic of Azerbaijan, Armenia, etc., because those countries do not have to pay transportation costs and many other costs compared to other countries’ goods.

“More importantly, they receive Iranian goods faster, and that’s important. But we saw that other countries came and took over all the markets of Iran’s neighboring countries.”

The newspaper wrote about the reduction of countries that provided 80% of the regime’s export revenue:

The number of countries that provided 80% of our export revenue has decreased from 23 in 2001 to 9 in 2020 … Also, in 2018, out of 147 countries, only three countries, China, the United Arab Emirates, and Iraq accounted for 54% of the foreign exchange earnings from non-oil exports and have built the income of our country. In other words, this year, only 2% of our trading partners accounted for 54% of our foreign exchange earnings from non-oil exports.”

Also, according to the head of the regime’s Trade Development Organization:

Escape of the export currency and begging for its return

While Khamenei and Hassan Rouhani’s government are struggling to survive until the upcoming US elections, non-oil export officials do not see the future of the regime as favorable enough to return the currencies from the sale of their products to the country, which is why the Central Bank has increased its foreign exchange liabilities from 80% to 100%.

Sharq wrote: “The government estimates that of the $10 billion in private sector exports, it is unclear how much will be returned to the country. The Central Bank does not make it clear who (public, private, or private-public companies) has neglected to return the currencies.” (Sharq, 14 May)

“The transfer of currency imposes separate costs on the exporter, and if these costs are doubled by mandatory policies, we will have to wait for the export volume to decline, and this kind of behavior is not appropriate in the current context of Iran’s current economy.”

Eshaq Jahangiri, Iran’s first vice president, considers his worries and concerns in this situation to be the provision of food and basic goods for this year, and calls on all government agencies, including exporters and contractors of the Ministry of Energy, Mining Industry and Trade, Roads and Urban Development, the Governor of the Central Bank, the Director-General of the Islamic Republic Customs and the President of the Iranian Chamber of Commerce to struggle, “for $35 billion in foreign exchange reserves for imports of basic goods and raw materials for production in 2020,” so that the regime would have no concerns. (ISNA, 11 May)

Every Iranian’s share of the national income has dropped significantly; an income that is getting smaller. But for now, what’s important for the regime is to get a few more dollars by all possible means to survive the protests of the starving people and the unemployed army, but the more it tries, the more it sinks into the swamp in which it is trapped.

The Hill: As the Middle East teems with masses...