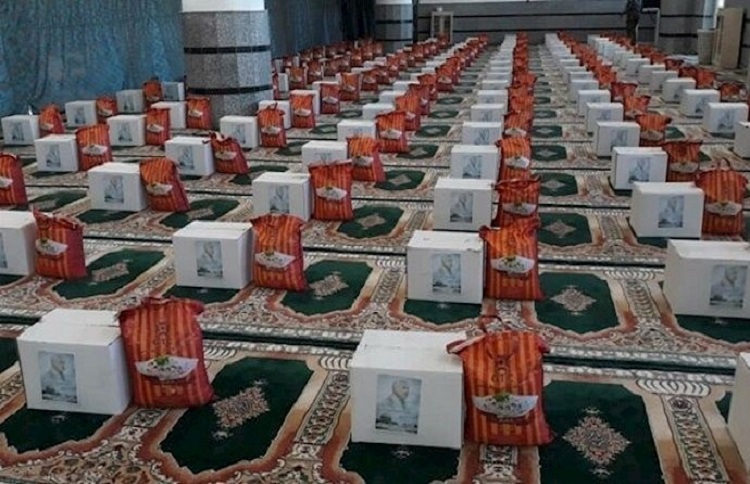 Propaganda is one of the inseparable pillars of the Iranian regime’s foreign and domestic policies.

This rule began when the clerics took sovereignty from the Iranian people with the mask of supporting the poor and converted Iran from one of the richest counties in the world to one of the poorest.

Forty years ago, the regime’s founder Ruhollah Khomeini was able to fool the people with his lies. But now no one is listening anymore to this regime, and the people are distancing their trust from this regime.

Meanwhile, the regime’s officials are not stopping their attempts at deception, propaganda, and crimes. And the economy is one of the fields of their deception and lies. One of them is Iran’s President Hassan Rouhani’s support package.

As the regime claimed, this support package is considered for the poor, but the strange thing is that after a while the regime asks for people to pay the money back.

The Mostazafan Foundation (Foundation of the poor) the second-largest commercial enterprise in Iran, which was founded to support the poor people, is using the funds given by the people for other aspects, as once Parviz Fattah, the then head of the Foundation confessed that the killed IRGC’s Quds Force commander Ghasem Soleimani paid the Liwa Fatemiyoun monthly 1500 each person from the funds of this foundation.

This is cruelty to the rights of Iran’s people while the salary of a worker in Iran in a month is just $170 and the regime is paying its foreign mercenaries about 10 times more.

Jahan Sanat daily, quoting one of the regime’s experts, wrote: “The government prepare an Iran’s economic package full of misery and presented it to the parliament. In a package full of bitterness and misery, this parliament member put every misery number of the macro indicators, like that the Negative GDP growth rate in the last three years, value lost to rial in front of the dollar, the shrinking of the trade, the shrinking of the Iranian’s table, and the 35 percent decline of Iranian’s purchasing power, then to the start of this decade. The increase in inequality… (Jahan Sanat, 8 June)

While Iranian officials try to blame the sanctions for all these miseries, the state-run daily Shargh exposed this lie and wrote: “The sanctions influence only 30 percent on Iran’s economy and make a problem for it, the other 70 percent are because of wrong decision makings inside the country.” (Shargh, 19 June)

This shows the regime self is the main responsible for this situation. As an example, while all other countries tried to help their people in the coronavirus outbreak, Iran’s government did not accept to postpone the people’s loan installments.