AFP: Iran has sentenced seven leading members of its Bahai religious minority to 20-year jail terms, French and US members of the faith told AFP on Monday. 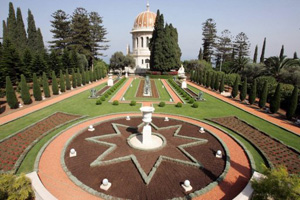 PARIS (AFP) — Iran has sentenced seven leading members of its Bahai religious minority to 20-year jail terms, French and US members of the faith told AFP on Monday.

The United States and the European Union had criticised Iran’s detention of the Bahai members, and their reported jailing will revive calls for Tehran’s Islamic regime to respect religious freedom.

“On Sunday, authorities announced 20-year sentences orally to the defendants’ lawyers,” said Sophie Menard, spokeswoman for the Bahai community in France, adding that the group was awaiting confirmation of the terms.

“The lawyers have begun proceedings to seek an appeal, which ought to allow them access to the written judgements,” she explained.

Iran arrested seven Bahai leaders in May 2008 and this year put them on trial on charges ranging from spying for foreigners, spreading corruption on Earth, undermining Islam and of cooperating with Israel.

All those accused denied the charges.

“If this news proves to be accurate, it represents a deeply shocking outcome to the case of these innocent and harmless people,” declared Bani Dugal, who represents the Bahai faith in contacts with the United Nations, in a statement.

They “were all members of a national-level group that helped see to the minimum needs of Iran’s 300,000-strong Bahai community, the country’s largest non-Muslim religious minority,” the statement said.

“The trial of the seven consisted of six brief court appearances which began on 12 January this year after they had been incarcerated without charge for 20 months, during which time they were allowed barely one hour’s access to their legal counsel. The trial ended on 14 June,” it added.

Followers of the Bahai faith, which was founded in Iran in 1863, are regarded in the Islamic republic as infidels and suffered persecution both before and after the 1979 Islamic revolution.

The Bahais consider Bahaullah, born in 1817, to be the latest prophet sent by God and believe in the spiritual unity of all religions and all mankind.

The group now has seven million followers, including 300,000 in Iran — where its members are barred from higher education and government posts — and has a large temple in Haifa, in northern Israel.

“For Muslims, there can’t be another prophet or divine messenger after Mohammed,” Bahai follower Foad Saberan told AFP, explaining why the group has been dubbed “non-protected infidels” in Iran.

“So they consider Bahaullah an impostor and his followers heretics, whereas the Bahai faith has nothing to do with Islam and is an independent religion.

“And if the headquarters of the religion is in Haifa, it’s because that’s where Bahaullah ended up settling in 1868 after he was exiled to Baghdad then to Constantinople, long before the creation of the state of Israel.”

Bahai leaders believe a total of 47 members of their religion are imprisoned in Iran simply for their beliefs.