115 MEPs write to Martin Schulz on human rights in Iran 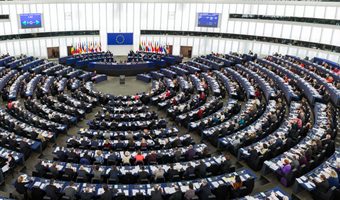 Strasbourg, 8 Oct – At least 115 Members of the European Parliament have written to the parliament’s President urging him to pressure Iran to end executions and other human rights violations. The following is the full text of the letter:

Dear President,
We have been informed about your planned visit to Iran at the end of this week. Exactly a year ago today, you wrote a letter to the Iranian Parliament, expressing your grave concern about the case of the 26-year-old Reyhaneh Jabbari, sentenced to death for defending herself against sexual assault by a security agent. You asked for a “fair retrial without recourse to death penalty.” However Ms Jabbari was hanged two weeks later despite the world outrage.

It is regrettable that while the EU and the world powers were negotiating over a nuclear deal with Iran, the government of the ‘moderate’ President Hassan Rouhani was busy hanging hundreds of its citizens, many of them in public. Amnesty International released a shocking report that 700 executions took place in Iran only during the first six months of this year. “Iran’s staggering execution toll for the first half of this year paints a sinister picture of the machinery of the state carrying out premeditated, judicially-sanctioned killings on a mass scale,” Amnesty International stressed.

Rouhani himself has defended these executions and has stated clearly on Iranian TV that death sentences “are the law of God” and must be implemented. Nearly all of the opposition activists in prison before he was elected are still in prison and some have been executed.

The repression against women has become law under Rouhani’s government. A new legislation gives unprecedented power to security agents to target women for ‘improper veiling’ paving way for numerous acid attacks against girls and women disfiguring their faces. Another law gives the right to a step-father to marry his adopted daughter as soon as she is 9. And women who are not married or don’t have children will be given less chances to get jobs and benefits.

While Iran is boasting about improved ties with the west, the European Parliament which represents half a billion European citizens with common democratic values has a duty to put human rights as a top priority for any expansion of relationship with this regime, setting an example for our EU governments.

We therefore urge you to use the occasion of this visit to publicly denounce human rights abuses in Iran and call for ending public executions. We also suggest that you ask to meet the following prisoners of conscience:

– Ms Narges Mohammadi, 43, women’s rights activist and journalist, who is mother of two young children, had met Lady Ashton before but is now in jail for her peaceful activities
– Ms Atena Farghadani, 28, artist and political activist who is serving 12-years sentence for drawing satirical cartoons
– Ms Atena Daemi, 27, children’s rights and anti-death penalty activist, sentenced to 14 years in prison for alleged “collusion and propaganda against the state.”
– Mr Ali Moezi, 64, a longtime political prisoner who has been jailed for having visited his two daughters in Camp Ashraf in Iraq.

Yours sincerely,
Gérard DEPREZ, BE, ALDE

AFP: Iranian authorities have launched an inquiry into two...

AFP: Iran denied on Tuesday claims that its sensitive...