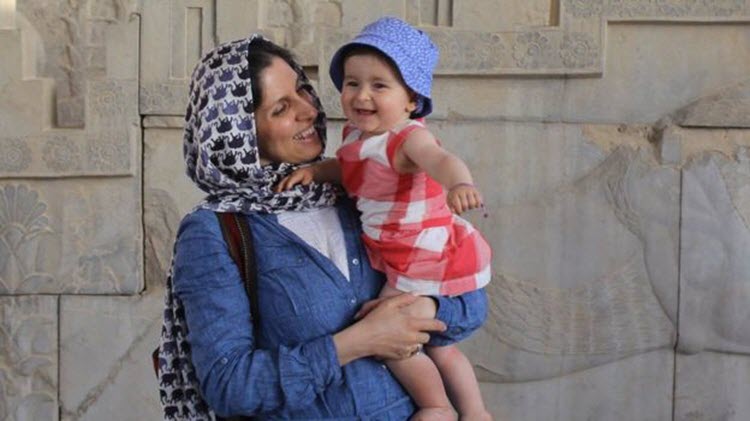 Nazanin Zaghari-Ratcliffe, 37, has been held in prison since April 3, when she attempted to fly back to the UK with her two-year-old daughter, Gabriella.

The IRGC statement said: “This person had membership in foreign companies and organizations and planned and carried out media and cyber projects with the intent of a soft overthrow of the holy Islamic Republic government.”

It went so far as to accuse Ms. Zaghari-Ratcliffe of committing criminal activities including espionage, under the guidance and protection of foreign governments. She was recently moved to the notorious Evin Prison in Tehran.

Ms. Zaghari-Ratcliffe, a programme coordinator for the Thompson Reuters Foundation, had been visiting her parents who live in Iran; her daughter has been released to their custody.

As the IRGC have seized the passports of both mother and daughter, the toddler cannot be returned to her father, Richard Radcliffe.

Mr. Radcliffe has dismissed these allegations, saying that the very idea of his wife attempting to bring down the government as “preposterous”.

He launched a petition for the British Prime Minister, David Cameron to try to ensure the safe release of his wife.

Ms. Zaghari-Ratcliffe was forced to sign a confession under duress, something that is not unusual in Iran. She was also kept in solitary confinement and has been denied access to a lawyer, the British consulate or her daughter.

Iran is very suspicious of the Thomson-Reuters Foundation because of its links with Britain.

Monique Villa, the Chief Executive of the Foundation, said: “The Thomson Reuters Foundation has no dealings with Iran whatsoever, does not operate and does not plan to operate in the country.”

She clarified that Ms. Zaghari-Ratcliffe had been working there for four years and had never dealt with Iran in any professional capacity.

Ms. Zaghari-Ratcliffe is one of several people with dual citizenship who have been arrested over the past few months on undisclosed charges. Others include Homa Hoodfar, a Canadian-Iranian professor researching women.

A semi-official news agency in Iran, Mashregh, accused them of working with organizations that want to achieve a secular government and equal gender rights in the country.

US to Pursue Referral of Iran’s Nuclear Program to UN

Voice of America: The United States confirmed Thursday it...