Call for halt to executions in Iran 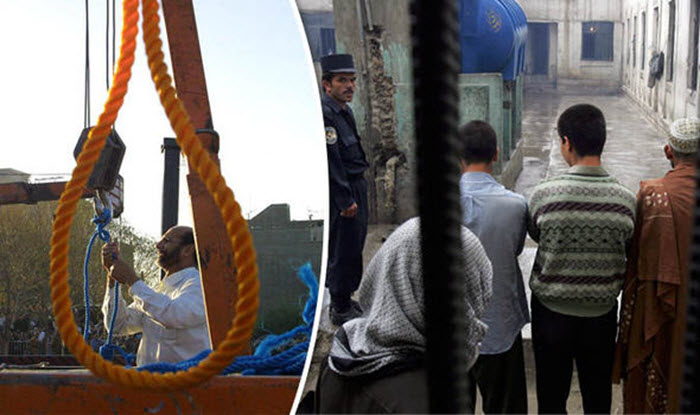 Iran Focus
London, 5 Aug – A human rights campaigner has called for an end to the barbaric crime of capital punishment in Iran.

Ahmad Ebrahimi, who was born in Iran but now lives in London with his son, lost friends and family members at the hand of the “tyrannical” Iranian regime.
He warned that Western governments must become involved to put an end to the state-sanctioned murder which continues to rise in the country and totalled nearly 1,000, last year.

Ebrahimi, whose son is currently studying for his A-levels, said: “It’s disgusting, it should not happen and it must not. The international campaign like from Amnesty International is doing very well, it is very good, and the campaign from international media is fantastic.”

He added: “People should know what is going on in Iran, the hanging, the abuse, the executions. There is much media coverage of the middle east – Iraq, and Syria – but less about the human goths in Iran. We do not want this government, and we want people to know that.”

His comments come in the same week that the regime executed 25 Sunni political prisoners. Their families were invited to attend one final visit but the executions were carried out in secret that morning. Families arrived and were told that the execution had already happened; one family was called while on route to the prison and told to collect their relative’s body from the morgue.

He told Express.co.uk: “Being in prison was just everything horrible, from their care of the political prisoners to whatever I saw – the abuses I saw there. Every time was different, there was nothing the same. We never knew what to expect. Sometimes we would not be given food, sometimes we would be tortured. We lost many friends, noticed the people disappearing. People were called and taken from their cells and, we learned after, went to their so-called court.

Ebrahimi added: “Then the people would come back to their rooms, to their cells, and when they were called again they were taken to be executed. With bullets. We counted the bullets after, to see how many lives had been taken.”

After his release, Ebrahimi fled to Britain so that he could ensure his son’s human rights were protected.

Mohammad Mohaddessin, chairman of the foreign affairs committee of the National Council of Resistance of Iran (NCRI), said: “The mullahs’ regime is facing absolute social isolation and widespread abhorrence by the people and thus is resorting to increased executions to create a climate of fear and to prevent the possibility of a nationwide uprising. More than 2,500 people have been executed in Iran under Hassan Rouhani, who falsely claimed to seek moderation. For as long as the mullahs’ regime is in power, there will continue to be further executions, torture and other crimes.”

London MP Bob Blackman, a regular attendee, told Express.co.uk: “There are concerning accounts of a rising tide of executions and politically motivated arrests in Iran, as well as undiminished sponsorship of terrorism and escalating Tehran’s involvement in the affairs of Middle Eastern countries including Syria, Iraq, Yemen, and Lebanon.”

Blackman added: “I believe firm pressure must be put on the Iranian Government to comply with international demands to adhere to higher standards of compliance with regards to its nuclear programme and to also heed concerns from the international community about human rights abuses.”

The UK’s Foreign Office recently released its latest report the human rights in Iran, acknowledging that “in many respects, the situation has worsened”.

A spokeswoman said: “Iran’s human rights record remains a serious concern – in particular its use of the death penalty. We oppose the use of the death penalty in all circumstances, and are deeply concerned by the number of people executed, particularly in the case of juvenile offenders. We regularly raise human rights with the Iranians at all levels and we continue to work with the international community to press Iran to improve its poor record on all human rights issues.”

In Iran, shackling the Bahai torchbearers

To only say Iranian nukes are unacceptable is to accept them