Somebody who should be in an Iran prison is actually the Minister of Justice! 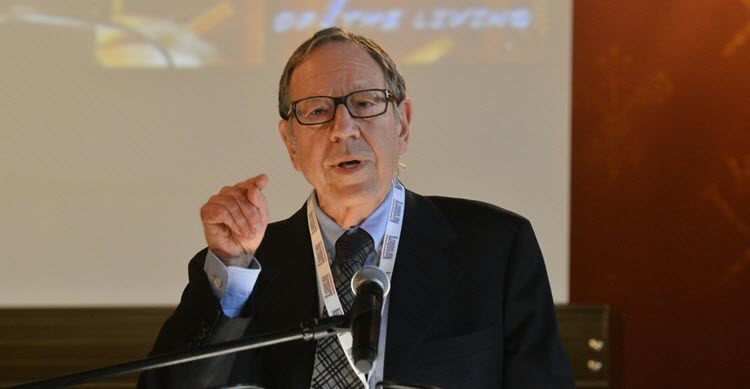 London, 26 Aug – A former Canadian Justice Minister has spoken of the importance of standing in solidarity with the people of Iran and supporting the Iranian Resistance on the anniversary of the 1988 massacre of political prisoners.

The Hon. Irwin Cotler made this speech in front of the Old City Hall in Toronto, last Saturday, during a pro-Iranian demonstration.

He read aloud excerpts of a resolution co-sponsored by the Canadian Parliament which condemned the massacre as a crime against humanity, honoured the memories of the victims and established September 1 as a day of solidarity with political prisoners in Iran.

Colter said: “I am delighted that the Canadian parliament in passing this resolution made it the first country in the world to unanimously and unequivocally remember and condemn what happened in Iran as a crime against humanity. And as it happens, we meet in the wake up just a few days ago of the publication of the audio of Ayatollah Montazeri, providing further corroborative evidence not only about the mass murders and the horror of the executions, but also implicating the leaders of Iran, some of whom are in power even today as we meet, in that executions when Montazeri addressed the death committee at the time responsible for those executions.”

He pointed out that Mostafa Pour-Mohammadi, a member of the death committee, was now the Minister of Justice in Iran.

He remarked: “So somebody who should be in an Iranian prison is actually the Minister of Justice presiding over more executions in Iran because we meet also in the same month when in August 2nd of this month 25 Sunni Muslims were executed in one day by the same people involved in the death committee in 1988.”

He urged other members of the international community to come forward in support of the Iranian Resistance, to bring the leaders of the Regime to justice and to ensure that political prisoners in Iran are freed.