Iran: Unprecedented Death Toll, Due to Air Pollution in the Capital City 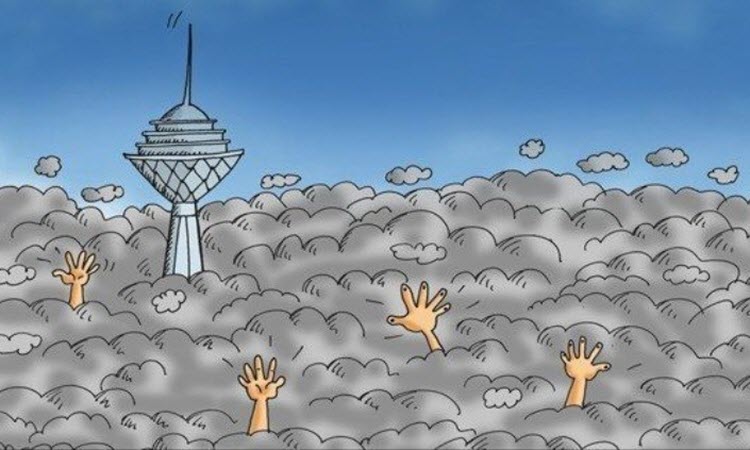 London, 17 Nov – Tehran is currently engulfed in thick, yellow smog, resulting in the deaths of hundreds of people.

The noxious cloud has surrounded the city for almost a week now; due to the public health risk, officials ordered the schools closed last Wednesday and recommended that citizens stay indoors.

This is not an option for many Iranians though; they have no choice but to go out and work.

Authorities have reported 412 deaths from respiratory illnesses in the past 23 days, linked to the high pollution levels. It is believed that these level stems from Iran having to refine gasoline within its own borders due to previous sanctions leveled against it.

Despite the lifting of these sanctions in January, Tehran has continued down this path and now the government can’t decide how to solve the problem; instead, putting the onus on the people.

Iran’s Supreme Leader, Ayatollah Ali Khamenei, issued a religious edict on Monday, which forbade the use of cars during this time without a good reason. Meanwhile, an official from the Ministry of Health, Khosrow Sadeghniyat, recommended that Iranian shield themselves from pollution by staying indoors, drinking milk and eating fresh vegetables.

It is not clear, however, how the cows or the vegetables have been affected by this smog.

A particle which is particularly threatening to respiratory health, PM2.5, has now reached a concentration level of more than 150 in Tehran. It is linked to heart disease and lung cancer.

Dariush Mehrjui, a filmmaker, told the Iranian news agency, ISNA: “I can’t breathe in Tehran, simple as that. Everyone is fleeing Tehran … everyone is choking, look at cancer rates. Who can live [in Tehran] under these circumstances?”

The World Health Organisation (WHO) listed the city of Zabol in Iran as the most polluted in the world according to those PM2.5 levels.

The head of Tehran’s Environment Agency has stated that air pollution contributes to the deaths of around 45,000 Iranians per year.

New York Times: Deepening its involvement in the crisis in...