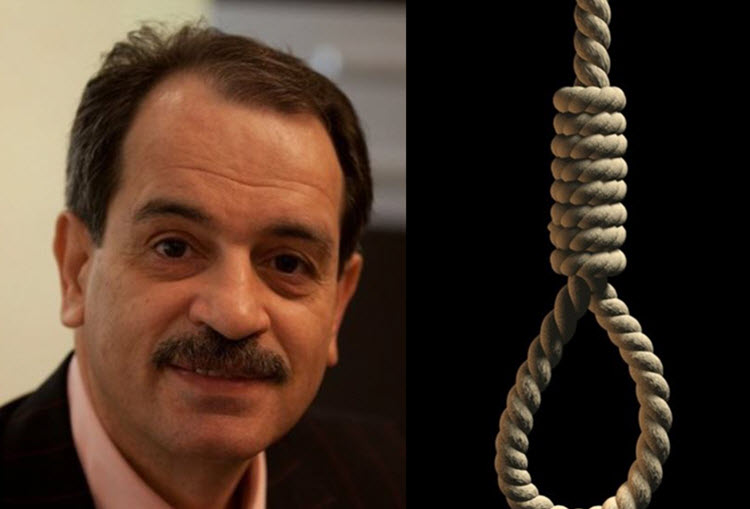 London, 3 Sep – The Iranian Regime is being heavily condemned by the US and the Iranian Resistance for its death sentence against spiritual leader Mohammad Ali Taheri.

The National Council of Resistance of Iran (NCRI) released a statement, which read: “Taheri has committed no crime, possessed no weapon, and based on this regime’s own medieval and cruel laws cannot even be charged with the vague charges of moharebe or mofsed fel-arz (corruption on earth).”

Even by the Regime’s strict religious code, Taheri has done no wrong so they have charged him with “providing illegitimate education, distributing visual-audio work, and illegal use of scientific titles.”

The US State Department has released a statement saying that Taheri’s charges violate Iran’s obligations to freedom of religion and that the death penalty should only apply to the most serious crimes.

The statement read: “We call on the Iranian government to take whatever steps necessary to reverse Taheri’s conviction and death sentence. We join our voice with those who call on Iran to uphold its obligations under Iranian and international law and to ensure that the human rights of all individuals in Iran are respected and guaranteed.”

Furthermore, the NCRI condemned the Iranian Regime for its human rights violations and called on the international community to condition its relations with the Gulf nation on a halt to executions within the country.

The statement read: “The Iranian Resistance calls on all human rights advocates and relevant United Nations organs to strongly condemn the mullahs’ regime for issuing death sentences, including the recent ruling of Mr. Taheri, and to take urgent action to halt mass executions in Iran. Continuing and expanding political and economic relations with this regime must hinge on halting executions and improving human rights conditions.”

This comes following the news that in August alone, the Iranian Regime executed over 50 people including political prisoners and people sentenced as children.

Here are just a few of those executed by the Regime:

• August 23: Seyed Jamal Seyed Mousavi, a Sunni Kurdish political prisoner, was executed on the nonsense charge of moharebe (enmity against God) for having contact with Sunni groups. Moharebe is what the Regime sentences you with when they don’t have evidence of an actual crime. He had spent nine years in jail.

• August 22: Ariya Javeedan was executed in Kerman prison for moharebe and posing a risk to national security.

• August 10: Alireza Tajiki, who was arrested at the age of 15, was executed at Diesel Abad prison in Shiraz, on charges of murder and rape but insisted that he had been tortured into confessing. He had spent six years in prison. He was one of at least 89 prisoners on death row who were convicted whilst under the age of 18, according to Amnesty International.