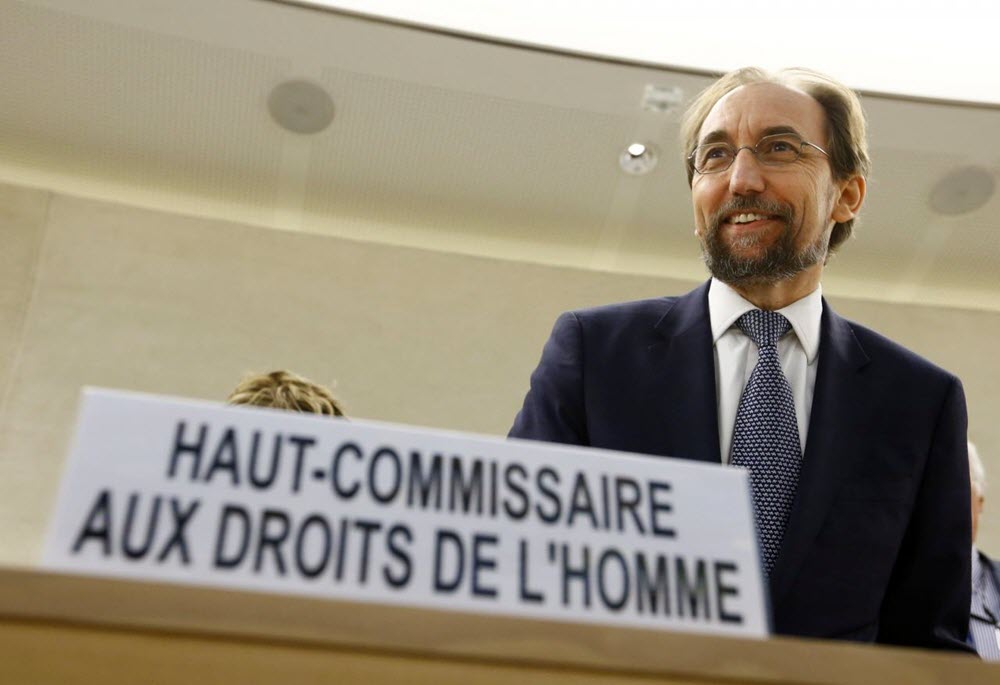 London, 13 Sep – Zaid Raad al-Hussein, UN High Commissioner for Human Rights, described Iran as one of the most alarming countries in regards to the human rights situation in that country.

On Tuesday, Mr. Hussein spoke at the Human Rights Council in Geneva, where he described the severe restrictions on freedom of opinion, expression and arrest of human rights defenders, journalists and social network activists in Iran.

On his last year in office, Mr. Hussein spoke at the Human Rights Council in Geneva. Iran was one of the few countries that he mentioned in his speech about the human rights situation in the world.

Mr. Hussein said, “Iran continues to severely restrict freedom of opinion and expression. My Office has received numerous reports of human rights defenders, journalists and social media activists being arrested and detained. Ill-treatment of prisoners is widespread, and in addition, the judiciary continues to sentence people to cruel, inhuman and degrading treatment, including amputation of limbs and blinding. Iran also remains the country with the highest reported rate of executions per capita. Many of those executed are drug offenders not guilty of ‘most serious crimes’ under the terms of international law. Since the beginning of the year, at least four children have been put to death, and at least 89 other children remain on death row. Last month, the Iranian Parliament passed a long-awaited amendment, which raises the threshold for capital punishment in drug trafficking cases, although some narcotics offenders will still face the possibility of capital punishment. The amendment now awaits approval from the Guardian Council.”

Many international organizations and human rights defenders have taken a stance against Iran’s dire human rights situation in in recent years. The behavior of the regime has been condemned vis-à-vis the high number of executions, the suppression of religious and ethnic minorities, the violation of freedom of expression and the imprisonment of dissidents and civil activists.

A detailed report was also published by Amnesty International that revealed numerous abuses and imprisonment of human rights defenders in Iran.

AFP: One of the organisers of a mass rally...