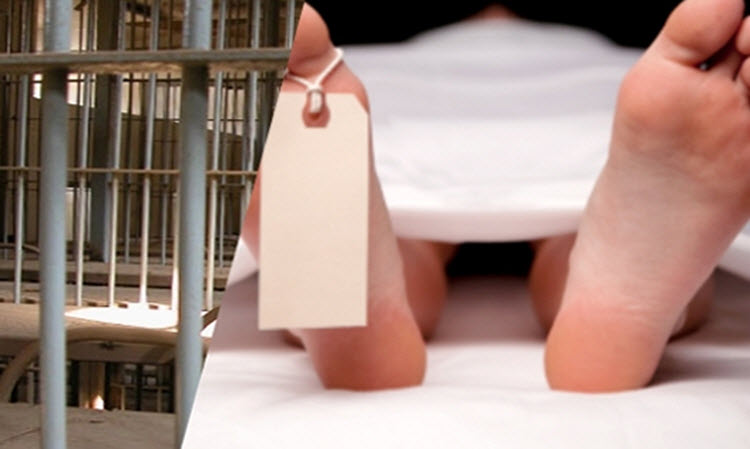 London, 19 Jan – The family of an Iranian protester who died in custody said that the Regime authorities forced him- and other prisoners- to take pills that made him sick.

This case was publicised by Iranian MP Mahmoud Sadeghi who tweeted on Tuesday: “According to the relatives of one of the detainees who died in jail, he had told his family during a phone conversation [prior to his death] that the authorities had forced him and other prisoners to take pills that made them sick.”

The organisation in charge of Iranian prisons denied the accusation on Thursday, according to the semi-official ISNA news agency.

There are at least five suspicious deaths in custody since the protest began, many of which have been labelled suicides by the Regime despite the fact that prisoners are removed of anything that could be used to take their own lives when entering Iranian jail cells and that the bodies showed clear signs of torture.

These deaths are in addition to the at least 50 people who were shot dead in the streets by security forces, since anti-regime protest broke out on December 28. There are at least 8,000 in prison being threatened with the death penalty.

Sadeghi did not reveal the name of the prisoner in his tweets, but at least three of them have been identified.

Sina Ghanbari, 23, died in the notorious Evin prison. Authorities said he’d killed himself. Iran’s semi-official Fars news agency published a letter that they claimed was from his family stating that they would not hold a funeral because it would be hijacked by “enemies” but it is not possible to verify whether they wrote it of their own free will.

Saro Ghahramani, 24, disappeared during the protests in Sanandaj, and his body was returned to the family 11 days later, whereupon his mother noted signs of torture and beatings.

Iran’s state news agencies released a video of who they claim to be Gahramani’s father saying that his son had been killed in armed clashes as a member of a banned Kurdish opposition group.

Again, human rights activists are sceptical of this claim. The New York-based Centre for Human Rights in Iran quoted a relative of Ghahramani as saying that the speech was coerced. Forced confessions are common under the Iranian Regime, especially in the case of political prisoners.

Mohammad Heydari, 22, died at a police station in Arak. Authorities said he had committed suicide.

Over 40 Iranian MPs- including Sadeghi -have written to the parliamentary speaker asking for an independent inquiry into the suspicious deaths but asking the Regime to investigate themselves is like asking a murderer to find the location of the body.

This needs an independent investigation by the International Criminal Court.