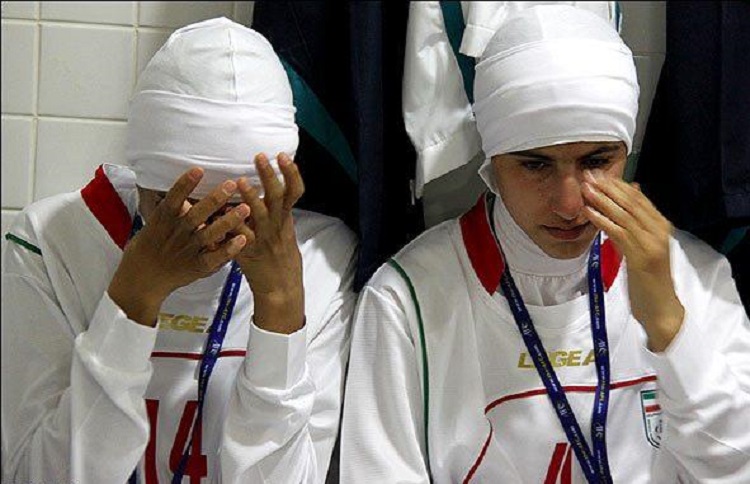 Last week, another Iranian national champion sought asylum in a European country.
For years, the Iranian government has politicized sport, ignoring the needs of athletes. This has caused Iranian national athletes to become disenfranchised and leave sports fields. The Iranian government’s harsh rules and regulations have put the Iranian athletes under pressure and driven them into poverty.

Therefore, since the Iranian government has created a climate of fear for the Iranian people, especially athletes, an international competition outside Iran become an opportunity to escape the pressure.

Radio-German website reported on September 2 that Saeed Mola’i, an Iranian Judo champion, has accused Iranian authorities of forcing him to deliberately lose to his Belgian opponent to avoid a possible match with an Israeli judoka in the finals. The World Judo Federation published the image of Saeed Mola’i, the Iranian judo star, and named his story: “The True Story of a Battle for Life.” But this story is among many in this year alone.

In August, social media reported that due to financial problems, Otusa Abbasi, the first female cross-country medalist and speed record holder of the Iranian women’s cycling, won’t be able to continue her career, and she is now working as a street vendor. Her husband, Rouhullah Ahmadi, a cycling coach who was banned from coaching since 1993, is working as a taxi driver these days.

Voice of America Persian website wrote on June 26, “Saman Balaghi, a member of the Iranian national wheelchair basketball team, traveled to Hamburg during the German World Championships in September 2008, but did not return to Iran. He had previously won a bronze medal in the Asian Games.”

Radio Farda website reported on April 17 that the representative of Sadaf Khadem, the first Iranian female boxer who attended an official boxing match in France on April 5, said that there is an arrest warrant for Sadaf in Iran because of her participation in that boxing match and therefore she canceled her return to Iran.

Al-Arabiya website reported on 25 February, Arezu Mirki, a female athlete from Sanandaj (Iranian Kurdish city), was arrested in her return to Iran because of raising the flag of Kurdistan after winning a tournament in Iraq.

IRNA News Agency reported on 13 February that the Iranian National Shooting Team is suffering from a shortage of equipment while preparing for the second Olympic qualifying round in India. While every shooter in the world shoots 200 to 300 rounds during daily exercises to prepare himself for a match, Iranian National Shooting athletes have not fired a single shot during three months of training.

IRNA News Agency reported on 9 February the disappearance of Mobin Kahraze, member of the Iranian national boxing team. He escaped at the Austrian airport.

Moslem Eskandar Filabi, president of the sports commission of the National Council of Resistance of Iran (NCRI), a former member of the Iranian wrestling national team, in an interview with Simay-e-Azadi (Iranian opposition television) in a program called “Sport in captivity” regarding the sport situation in Iran, said, “The Iranian government’s goal is just to crack down the Iranian people… This government has deprived half of the Iranian population of sport. It doesn’t matter to the government if there are educated and qualified persons in sport management. The only important thing is that the government is able to crack down the Iranian people and their athletes.”