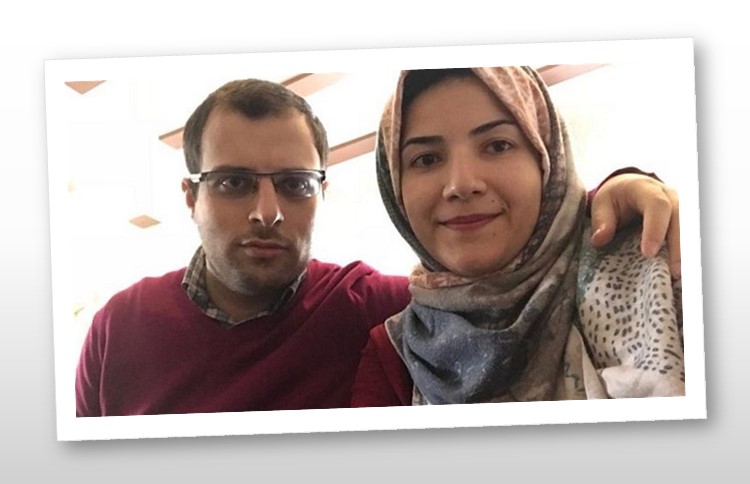 The Iranian Intelligence Ministry threatened and summoned the husband of Elnaz Nabiyi, who died on the Ukrainian plane that the Revolutionary Guards (IRGC) shot down on January 8, for insulting officials.

Mohammad Javad Soleimani Meimandi said he verbally attacked the head of Friday prayers and representative of Iranian Supreme Leader Ali Khamenei during his wife’s funeral in Zanjan, northwestern Iran, which was when security forces threatened him, told him to “close his mouth” and that this was “the first and last warning”.

He wrote on Instagram: “The next morning when I was going to visit Elnaz and bid her goodbye, I was summoned by the Zanjan Intelligence Agency.”

Meimandi did not obey the summons, writing that he went to Canada, where they had both been Ph.D. students at the University of Alberta for the past two years, “because he was not willing to stay quiet”. He then explained how the authorities took over his wife’s funeral, noting that the ceremony and the method were chosen by the Foundation of Martyrs and Veterans, the IRGC and government institutions, and he was not allowed to change anything.

He wrote: “During the funeral, I saw an IRGC commander and Khamenei’s representative in the IRGC standing next to us as if they were the main mourners.”

This is when Meimandi lashed out at the men, calling them impudent and shameless, something that he said he was proud of his comments because it reflected how Nabiyi felt about the government as well.

He wrote: “The Iranian government’s only crime was not the missile attack. Allowing passenger planes to fly after the regime attacked the US, hiding the truth, not apologizing, and forcing families to follow their ceremony proceedings (for funerals) are all unforgivable crimes. Hoping for the day when we have an accountable government in Iran that values the lives of people.”

Meimandi then vowed to expose how the Martyrs Bonyad, the IRGC, and various other security institutions put pressure on families of the plane shootdown victims to turn their funeral proceedings into pro-regime ceremonies.

There are several reports from Iran that the authorities forced families to hold funerals organized by the mullahs to prevent anti-regime protests and paint the picture that the families did not blame the government and IRGC for the death of their loved ones. Some families were even forced to take part in interviews and authorities organized press conferences. It’s a sickening propaganda stunt by the mullahs.

There were 358 recorded protests across Iran in September,...

Reuters: European Union governments have agreed in principle to...