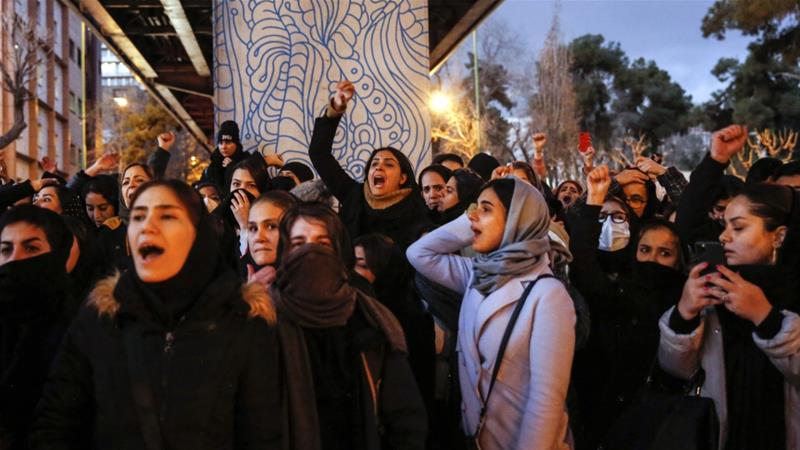 In the last few days, courts in Iran have handed down the prison and flogging sentences to several of the people arrested during January 2020 protests over the downing of Ukrainian airliner flight PS752.

This plane was shot down by the Islamic Revolutionary Guards Corps (IRGC) and the authorities knew about it from the beginning but denied responsibility for three days and threw the blame on the plane manufacturer and other countries.

One of those people sentenced is Civil Engineering student Seyed Mostafa Hashemzadeh, who was sentenced to five years in prison and 74 lashes by the Revolutionary Court of Tehran for taking part in student demonstrations.

Student activist Mostafa Hashemzadeh, who is enrolled at Tehran University, was also ordered to do three months of unpaid community service and banned from entering the university’s dormitory for two years.

This sentence came shortly after another Tehran University student activist, Amir Mohammad Sharifi, was given a three-month sentence by the Revolutionary Court of Tehran for “propaganda against the state”.

The actions that led to this charge were that Sharifi had taken pictures of plainclothes agents as they entered the dormitory and took away Mostafa Hashemzadeh’s personal effects.

Morteza Mahdavi of the Amol Revolutionary Court gave 11 protesters a combined sentence of seven years and four months for attending the protests.

He handed down this sentence because these people had lit a candle in Ghaem Square to show sympathy with the families of the victims of the plane crash.

While Amol Court, on April 21, sentenced civil activist Shora Fekri to six months in prison for attending a memorial service for the victims of the IRGC attack.

Unlike any normal government, the Iranian authorities arrest and are handing down prison terms for people attending vigils or lighting candles for the dead or protesting their government for shooting down a civilian plane and lying about it for three days.

When the authorities finally admitted responsibility on January 11, it unsurprisingly triggered anti-regime protests, like those that had been seen in November 2019. During these protests, hundreds of people were arrested and several were wounded when the state security forces fired live ammunition and tear gas at unarmed protesters.

It also exposed a rift in the country’s leadership; one already apparent to all but the most casual of observers. While the Iranian parliament tried to deny that they attempted to cover up the shooting down of the plane, the IRGC- affiliated, state-run Tasnim news agency criticized the politicians for trying to lie to the public.