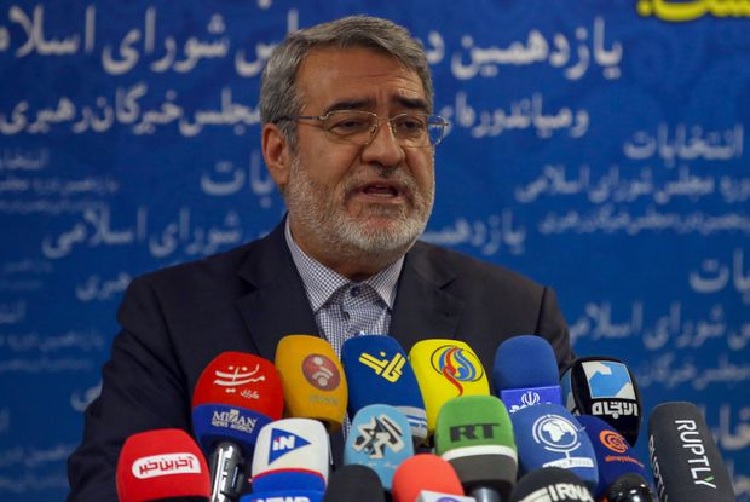 On Thursday, May 21, the US State Department’s special representative for Iranian affairs, Brian Hook, was challenged on the Trump administration’s “maximum pressure” campaign in an interview with Foreign Policy.

Asked what is left to sanction after two years of pursuing that policy, Hook insisted that “we continue to find many targets of opportunity to squeeze the regime financially.” He noted that skepticism on this point had already emerged a year ago, yet new sanctions have been added on several occasions since then.

The Thursday interview coincided with the announcement of sanctions on 12 individuals within the Iranian regime, as well as two prisons and one law enforcement organization. Whereas most sanctions in recent months have focused on issues related to Iran’s regional imperialism, support of terrorism, and other threats to Western security interests, the latest sanctions are squarely focused on Iranian human rights abuses. Hook explained, “Today we’ve sanctioned 12 Iranians who were complicit in human rights abuses. The interior minister was one of the 12. He authorized Iran’s public forces to use lethal force on peaceful protesters.”

These remarks were made in reference to an anti-government uprising that took place across more than 200 Iranian cities and towns last November. The demonstrations comprised the second nationwide uprising in as many years, with protesters having previously condemned economic mismanagement and called for “death to the dictator” in December 2017 and January 2018. In both cases, authorities responded with brute force, but the reported death toll from the November uprising was many times greater than its predecessor.

Activists with the National Council of Resistance of Iran were able to identify hundreds of protesters by name, and they determined that the total number of fatalities was somewhere in the range of 1,500. But the full human cost of the regime’s crackdown may still continue to grow since a handful of the thousands of persons arrested during the unrest have since been sentenced to death, and additional prosecutions may still be pending.

Furthermore, during clashes with security forces and the Islamic Revolutionary Guard Corps (IRGC), many protesters escaped with injuries only to later be arrested in hospitals before receiving treatment. Recognizing this phenomenon, some even refused to seek treatment for their injuries, fearing that the risk of death was roughly equivalent to whether they personally ignored infections or left themselves at the mercy of repressive authorities.

Iranian prisons are notorious for a lack of access to medical care, and authorities routinely use this fact as a means of exerting additional pressure on political prisoners and anyone deemed troublesome by guards or the judiciary. The medical neglect has naturally become an even more urgent human rights issue in the midst of the novel coronavirus pandemic, which has hit Iran especially hard. The regime’s Health Ministry estimates that 7,000 people have died of Covid-19 since February, but the National Council of Resistance of Iran (NCRI) reports that Iran’s outbreak has been going on for longer and has killed roughly six times as many people.

Although not yet addressed by US sanctions, there have been credible accusations that Tehran is deliberately exploiting the coronavirus pandemic to accelerate executions and forced disappearances, as well as to psychologically torture inmates who are directly witnessing the rapid spread of infection within harsh and unsanitary conditions. In March, prisoners at Greater Tehran Penitentiary staged a hunger strike after writing an open letter that noted the abrupt and mysterious transfer of a number of fellow detainees. In the weeks thereafter, prisoners in multiple facilities attacked guards or attempted to break out, prompting a repressive response that left at least 32 prisoners dead.

The human rights organization Amnesty International confirmed this minimum number of fatalities and was also among the first entities to recognize that hundreds of fatalities had resulted from the civilian protests in November. More recently, Amnesty has begun to raise alarms over the aforementioned enforced disappearances, has recently issued a statement that highlights four specific individuals who have been barred from any contact with their families or other advocates, leading to speculation that they have been secretly executed.

This secrecy is somewhat commonplace in Iran. Although the regime maintains the highest per-capita rate of executions in the world, only a portion of these is formally announced. The rest are counted toward the total only after they have been confirmed by eyewitness testimony from other prisoners, or from leaked records that were not made public. But although enforced disappearances are a perennial phenomenon, groups like Amnesty and the NCRI agree that they appear to be accelerating against the backdrop of chaos caused by the coronavirus outbreak.

Despite this fact, some Western policymakers have pointed to the pandemic as justification for providing the Iranian regime with relief from economic sanctions. Many European and United Nations sanctions had already been suspended upon implementation of the 2015 Iran nuclear deal, but the US pulled out of that deal in 2018 due to the regime’s malign behavior and began re-imposing sanctions. As part of its maximum pressure strategy, the Trump administration has appealed to European allies to take a similar course of action and has resisted calls for sanctions relief.

By emphasizing recent and ongoing human rights abuses, the latest sanctions present the White House with a different opportunity for promoting its strategy to allies. They also counter the implicit assumption of sanctions relief advocates, that the Iranian regime would spend foreign capital on humanitarian goods during the current public health crisis. But it still remains to be seen how the nations of Europe respond to the issues highlighted by the new sanctions, and whether they will be viewed in a different light than those which have remained a source of contention through the past two years.

The Iranian Regime Discriminates Human Rights Without Any Restriction

AFP: The leaders of China and France called Thursday...