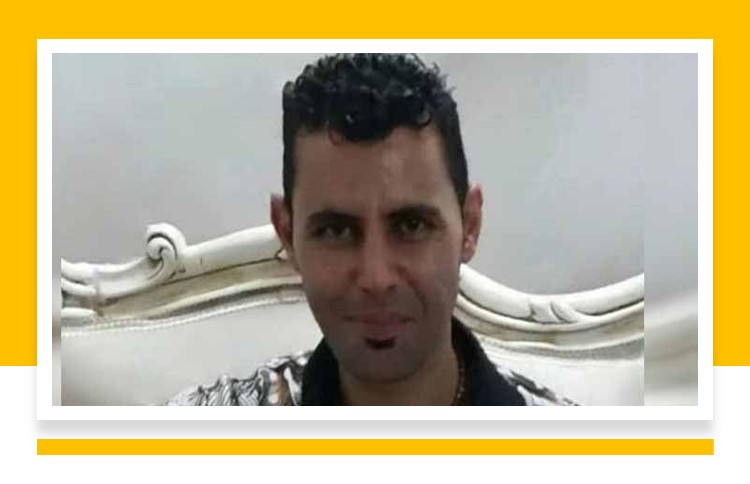 A young man arrested during the November 2019 uprising in Iran, has been charged with “enmity against God”, an intentionally vague charge that carries the death sentence.

Hossein Reyhani, who has been held in limbo at the Greater Tehran Penitentiary since his arrest, recently wrote in a letter that he was arrested and convicted for sending a text message that read, “they burnt the bank”, to a friend.

The authorities said that this proved that he had set fire to the National Bank of Islamshahr.

Reyhani was arrested on December 8 at his Eslamshahr home during the wave of arrests and enforced disappearances that followed the protests, which began over a rise in fuel prices.

During the arrest, IRGC intelligence agents beat Reyhani before taking him to the IRGC’s main detention center in Ward 2-A of Evin prison, in Tehran, where he was tortured. He was later moved to the Judiciary Intelligence Detention Center, before being transferred to the Greater Tehran Penitentiary. He has never been allowed a lawyer.

The regime recently upheld death sentences for three other young protesters – Amirhossein Moradi, Mohammad Rajabi, and Saeed Tamjidi – arrested during the uprising. They were sentenced to death in February, accused of being “riot leaders” who “set fire to banks and petrol stations (during the protests) and had filmed their criminal acts and sent the videos to foreign media”. Amnesty International said their trial was unfair and that the three political prisoners all explained that they had been tortured.

Eight others have been charged with “corruption on earth”, which also carries the death penalty.

During the uprising, the regime killed at least 1,500 people.

In a related case, Amnesty has condemned the regime for executing 55-year-old Morteza Jamali for drinking alcohol.

Amnesty’s Deputy Regional Director of the Middle East and North Africa, Diana Eltahawy said Friday: “The Iranian authorities have once again laid bare the sheer cruelty and inhumanity of their judicial system by executing a man simply for drinking alcohol. The victim was the latest person to be executed in [the city of Mashhad’s] Valkalibad prison, the site of numerous secret mass executions, and a grotesque theatre of Iran’s contempt for human life. We deplore the Iranian authorities’ repeated use of the death penalty, which has earned it the shameful status of the world’s second most prolific executioner. There is no justification for the death penalty, which is the ultimate cruel, inhuman, and degrading punishment, and we urge the Iranian authorities to abolish it.”