Iran, Russia cooperate to keep Assad in power in Syria 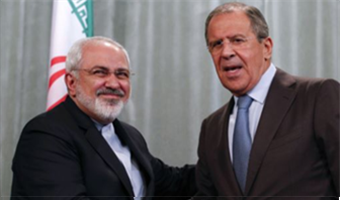 London, 24 Sep – Russia and Iran have stepped up coordination inside Syria as they move to protect Bashar al-Assad’s control over his coastal stronghold, according to officials in the US and Middle East, creating a new and complicating issue for Washington’s diplomatic goals.

Senior Russian and Iranian diplomats, generals and strategists have held a string of high-level talks in Moscow in recent months to discuss Assad’s defense and the Kremlin’s military buildup in Syria, The Wall Street Journal quoted these officials as saying.

This included a secret visit in late July by the commander of Iran’s elite overseas military unit, the Qods Force, Maj. Gen. Qasem Soleimani who directs Tehran’s military and intelligence support for the Assad regime and is one of the most powerful leaders of the Islamic Revolutionary Guard Corps (IRGC).

Those visits “all come within the framework of this coordination,” Syrian Foreign Minister Walid al-Moallem told state media last week. “There is deep coordination on all levels between us and Moscow, and between us and Tehran, and I can say to whomever wants…they can join too.”

US officials said they haven’t unraveled the full extent of the cooperation or its intention. “We assume [the Russian buildup in Syria is] being coordinated with the Iranians”, said a senior US official, who said the US tracked Gen. Soleimani’s trip to Moscow.

However, much of the activity from both sides in recent months have been concentrated in the coastal region of Latakia, the stronghold of Assad’s family and his Alawite sect, which has come under pressure from rebel forces to the north, threatening to cut it off from the capital Damascus.

US officials have said the Russians have been deploying fighter aircraft and attack helicopters outside the Latakia airport, as well as tanks and armored personnel carriers.

IRGC military advisers and soldiers are also deployed in Latakia, as well as soldiers from Tehran’s close political and military ally, the Lebanese militia Hezbollah, they said.

A US defense official said the Pentagon believes Gen. Soleiman’s trip to Moscow was “very important” in relation to the Russian buildup in Latakia. “What we are seeing now is the manifestation of that meeting, and that there is some sort of Iran nexus”, the official said.

The coordinated Iranian and Russian support for Assad poses a formidable obstacle to the diplomatic aims of the Obama administration, which wants to remove the Syrian dictator from power.

Reuters: The spiritual head of the Anglican Church expressed...