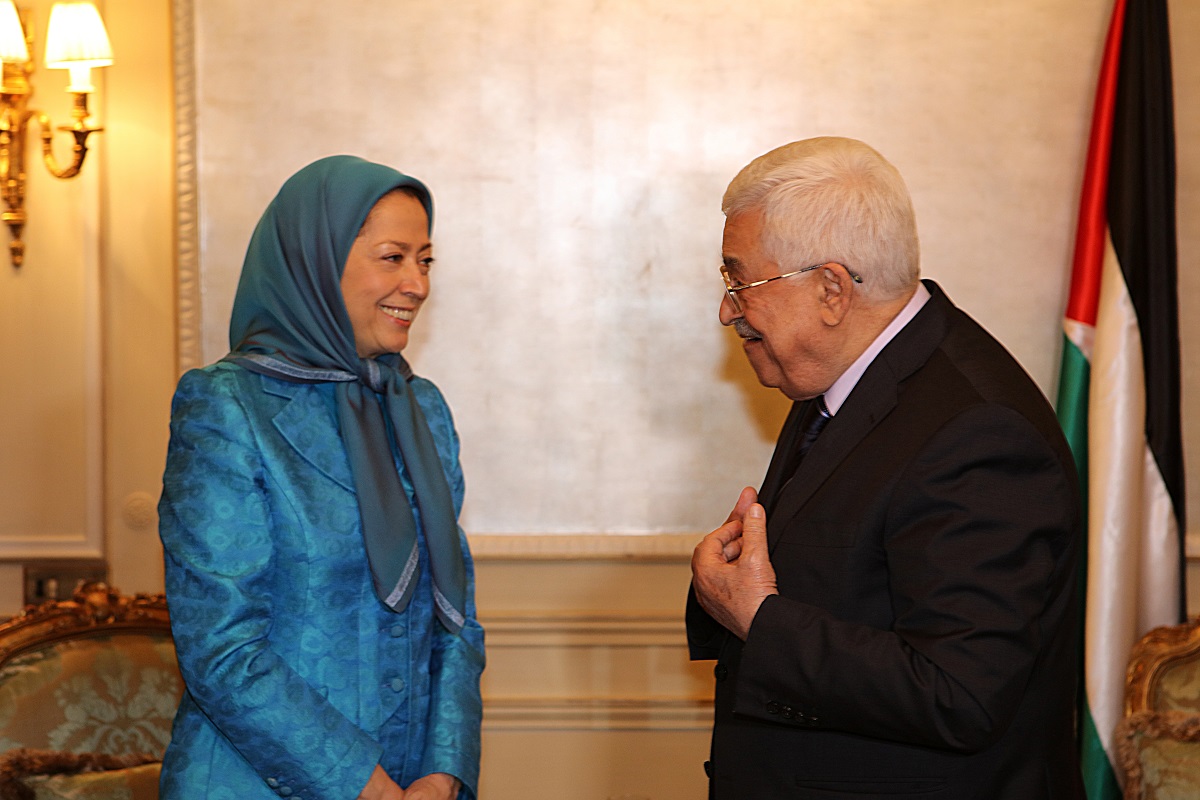 “President Mahmoud Abbas, at the meeting, reiterated the need to combat fundamentalism and terrorism in the region and informed Mrs. Rajavi of the latest developments in the Middle East, in particular with regard to Palestine and France’s initiative”, the NCRI statement said.

“Mrs. Rajavi expressed gratitude for the solidarity of the Palestinian resistance and its leader with the Iranian people and Resistance. She congratulated the Palestinian government on its victories and expressed hope that the goal of the Palestinian people would be achieved. She reiterated that the Iranian regime is the main instigator of sectarian discord, fundamentalism and terrorism in the entire region, in particular in Iraq, Syria, Lebanon, Yemen and Palestine, but she added that today the mullahs’ regime is at its weakest and most fragile and vulnerable state. This reality can be seen clearly in the hysteric reaction of the regime’s officials and state media to the Iranian Resistance’s July 9 gathering”.

Iranian regime is “stuck in a Quagmire” in Syria, Ex-official says