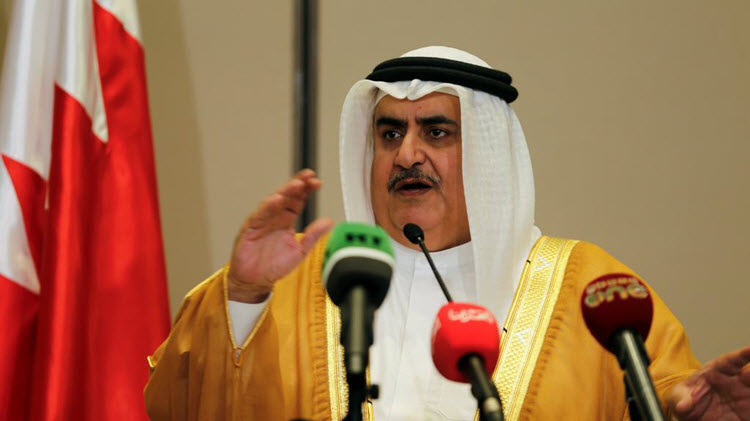 London, 20 Nov – Shaikh Khalid bin Ahmed bin Mohammed Al Khalifa, the Minister of Foreign Affairs in the kingdom of Bahrain, said that Iran poses a very serious threat to the whole of the Middle East. He mentioned in particular Iran’s recent missile that was aimed at the capital of Saudi Arabia, Riyadh. The ballistic missile was thankfully intercepted in time, avoiding many casualties and fatalities.

He pointed out that this is not the first time that Saudi Arabia has been the target of attacks carried out by Iran’s proxy groups and militias. The Houthis are one such example.

The Minister of Foreign Affairs’ comments were made during the Arab League’s extraordinary session in Cairo, Egypt. The meeting was held to discuss ways in which Iran’s meddling in the internal affairs of other Arab states can be addressed.

He also spoke about attacks that happened in Bahrain and pointed out that the bombing of an oil pipeline is just one of many attacks that has claimed the lives of many security agents and civilians. Shaikh Khalid said that Iran has been behind these attacks via the use of agents that are spread out in every corner of the Middle East.

He added that Iran’s belligerence is getting worse and worse, making it a problem that is the responsibility of everyone to deal with. He said that it was essential for Arab national security to be guaranteed via joint Arab action.

Shaikh Khalid spoke in great detail about how Iran is creating chaos in the region. He said that Iran is involved in extensive smuggling operations.

“Iran is not only fighting directly from its coasts, where it is conducting smuggling operations and many other activities, but it has many arms in the region.”

Hezbollah is Iran’s main arm in the region and it is operating on a regional and international scale. The terrorist wing of the group is located in the Republic of Lebanon, the Syrian Arab Republic and the Republic of Iraq, to name just a few places.

Shaikh Khalid said that the Islamic Republic of Iran is a “great challenge” to the security of all the Arab countries.

He said: “[The Arab countries are] exposed to a state that is trying to clearly overthrow and control countries, and does not hesitate to take any action to reach this goal.”

Speaking about the situation in Lebanon, where its prime minister announced his resignation after fleeing to Saudi Arabia, he said the country is under full control of terrorists. He said that is the responsibility of everyone to intervene in the Lebanese Republic – a loved and appreciated brotherly Arab country. He reminded the audience the Lebanon is under the control of Hezbollah, a terrorist organisation, but also highlighted that its influence goes further afield.

“We must be clear in this regard, we do not talk about Arab differences, we talk about threats to us all, and if we do not take this issue seriously, we will be deficient.”

He said he hopeful that joint Arab action will continue to work for stability in security in the region.