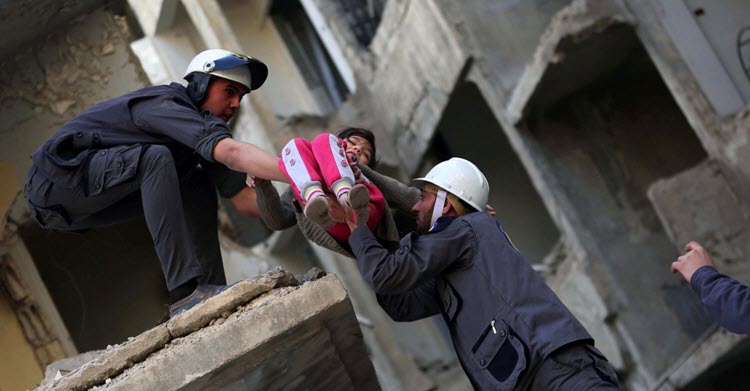 London, 18 Jan – After nearly six years of civil war, with thousands dead and tens of thousands wounded, a ceasefire has been reached between the Syrian Government and the armed Resistance Forces. It was agreed upon by Turkey, Syria and Russia but Iran, a key Bashar al-Assad ally was not involved in the peace negotiations, presumably because it had no interest in peace.

Heshmat Alavi, a human rights campaigner, noted that this ceasefire, which is still unstable, must be respected by the international community if it is to provide long-term peace.

The Iranian Regime has proceeded to erect checkpoints outside of places like Aleppo to prevent civilians from leaving and aid agencies from entering.

Alavi wrote: “Tehran is in full-speed mode to disrupt the entire process, as the mullahs in Iran seek nothing but the Syrian opposition’s all-out annihilation and to completely repaint the country’s social fabric in favour of Assad, ultimately maintaining his regime in power.”

Most middle eastern countries favour the Syrian opposition in this war, recognising the Assad is bad for Syria and bad for the middle east, but Iran fears that if the Syrian Regime is toppled, the Iranian Regime will fall soon after.

Iran had also been dispatching foreign fighters, like the terrorist forces of Hezbollah, to fight for Assad in Syria but as part of the peace deal, all foreign fighters must leave. That would be yet another nail in the coffin of both the Iranian and Syrian Regimes.

There is also rising disdain for the mullahs’ intervention in Syria with the National Council of Resistance of Iran (NCRI), a democratic opposition group, reporting that anti-Assad chants were heard at a football game in Iran.

Videos showing Iranian people demonstrating against the Regime’s support of Assad and encouraging the mullahs to spend billions improving the lives of Iranians rather than worsening the lives of Syrians.

Alavi wrote: “As long as the IRGC and its proxy militias, including [Hezbollah], remain on Syrian soil, this country will never witness peace and tranquillity. The IRGC is a major threat to any campaign to bring an end to the mayhem devastating this land.”

He continued: “The IRGC deserves to be designated as a terrorist organisation, being Iran’s main leverage to export terrorism abroad. It is also high time for the international community to call for the very eviction of Iran, the IRGC and all of Tehran’s proxy elements from Syria.”

U.s. Slams Europe’s rush to be first in line for Iran business

Wall Street Journal: The U.S. has made no secret of...

Reuters: Iran blamed the United States on Thursday for...