Iran’s Role in Syria Blurs Battle Lines for the US 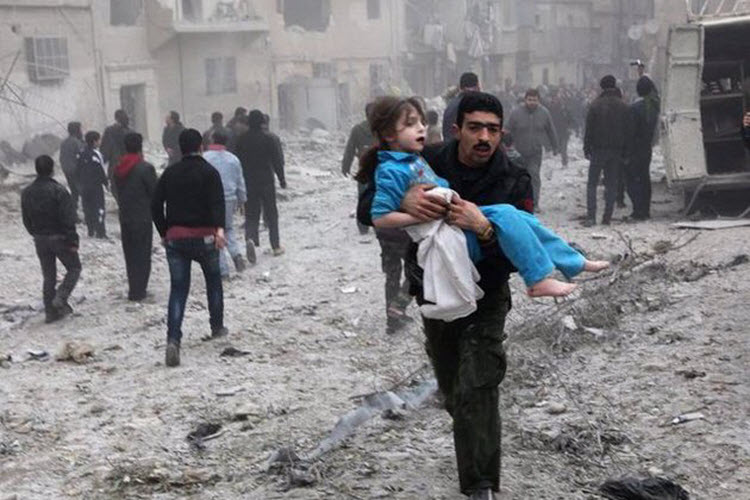 London, 12 Apr – When Donald Trump made the decision to strike a Syrian airbase, the battle lines became blurry with regards to the Syrian Dictator Bashar Assad’s key ally of the Iranian Regime, according to the Associated Press.

Although America has been supporting the opposition groups in Syria for a long time now, last Friday’s Tomahawk missile strike represented the first time that the US was directly involved in the Syrian Civil War.

The Iranian Regime has condemned the missile attack on the Shayrat airfield.

Whilst Allaeddin Boroujerdi, the head of the parliamentary committee on national security and foreign policy, said: “Russia and Iran won’t be quiet against such acts which violate interests of the region.”

The Regime threatened the US with the possibility of a revenge attack, which could mean anything:

• using Iranian-backed terror cells like Hezbollah, to attack US forces who are fighting ISIS

• increasing the amount of Revolutionary Guards (IRGC; Iran’s personal terror squad) who are fighting on behalf of Assad

However, this could all be bluff and bravado. The Iranian military budget, whilst a huge percentage of the country’s GDP at the expense of things like healthcare and preventing poverty, is simply no match for the US military budget.

Commander Bill Urban, the spokesman for the U.S. Navy’s Bahrain-based 5th Fleet, said that, as of yet, Tehran has not retaliated; noting that no US forces have had any “unsafe” or “unprofessional interactions with Iranian maritime forces” since the missile drop.

As for Russia, who Boroujerdi mentioned would also be angry at the US strike; the US reportedly “took the standard measures to prevent an unintended strike on [Russian forces]” who could have been at the base. Given that, it is unlikely that Russia would retaliate.

No such agreement was made with the Iranians.

This strike represents a stunning about turn for the US, who have spent so long appeasing the Iranian Regime – in part to keep the nuclear pact going (even if it means ignoring Iran’s breaking of the agreement) and in part to avoid another middle eastern conflict.

In short: the Iranian Regime, which is plagued by infighting and power struggles which threaten to rip them apart, cannot possibly take on the US.

By Jubin Katiraie Protests in Iraq have been continuing for...

Rice sees no US diplomatic mission in Iran for now