Iran Needs to Be Removed From Syria With Help of Opposition 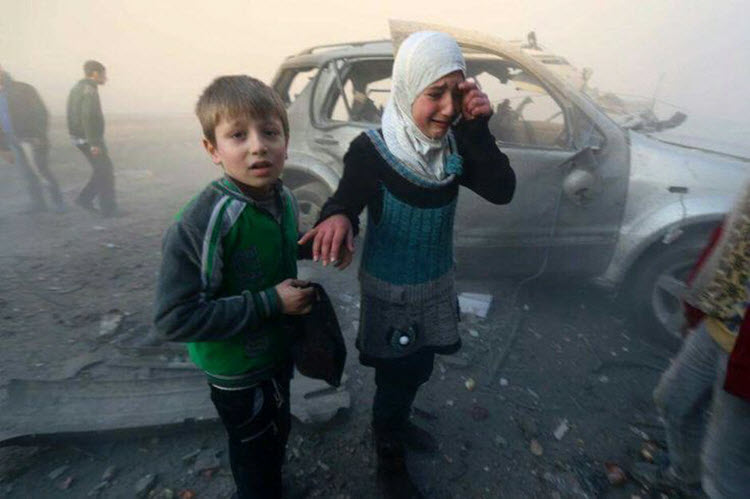 London, 14 Apr – The past few weeks has been eventful for the United States’ relations with Syria. First, the United States put Syrian dictator Bashar al Assad on notice so that he cannot attack his own people with chemical weapons or any other weapons of mass destruction again. And second, it became very clear that President Trump is not actually one of Vladimir Putin’s puppets as has been suggested many times in past months.

The Obama administration had boasted that it removed all weapons of mass destruction from Syria, but we now know this is not true.

However, the strike carried out last week means that the US is now on the bad side of not just Syria, but Russia and Iran too.

So how can the US move forward?

UN Ambassador Nicki Haley and Secretary of State Rex Tillerson have already suggested that if Assad pulls away from Iran, the US would be able to accept a solution that keeps him in power. The offer was made at the end of March and it was a fair and sensible offer.

However, Syria has been described as Iran’s puppet. While there is some truth in this, the reality is far stronger – Syria depends enormously on Iran and the Syrian civil war would have ended years ago if not for Iranian involvement.

Iran has even described Syria as one of its provinces.

In Syria, there are more fighters taking orders from Iran that there are members of Assad’s forces. There are tens of thousands of members of Iran’s Revolutionary Guards (IRGC) there.

It is also fairy safe to presume that Iran was behind the sarin gas attack that killed dozens of Syrian civilians. Assad was most likely following orders from Tehran to carry out the attack to show it does not accept the US offer of moving away from Iran.

So, the US responded to the crime against humanity in Syria by making it clear that its refusal to stop dealing with Iran was understood. It further emphasised that no more reconciliatory moves would be made.

Iran has been at the centre of issues in the Middle East for a long time and is now at the centre of issues between the United States and Syria. It is almost impossible for a peaceful solution to be agreed with Iran. In any case, any sign of wanting to move towards reconciliation is judged by Iran as a major sign of weakness that it will exploit to the maximum.

The United States needs to turn the tables and exploit Iran’s major weakness. The opposition.

The National Council of Resistance of Iran (NCRI) is seen by the Iranian regime as a major threat to its legitimacy. The group was able to expose to the world in 2002 details about Iran’s nuclear program and is supported by bipartisan members of Congress and leaders and politicians from all over the world.

This needs to be exploited if Iran is to be stopped in its tracks.

To punish Iran, seize its embassy

By Jubin Katiraie On September 24, a US judge...