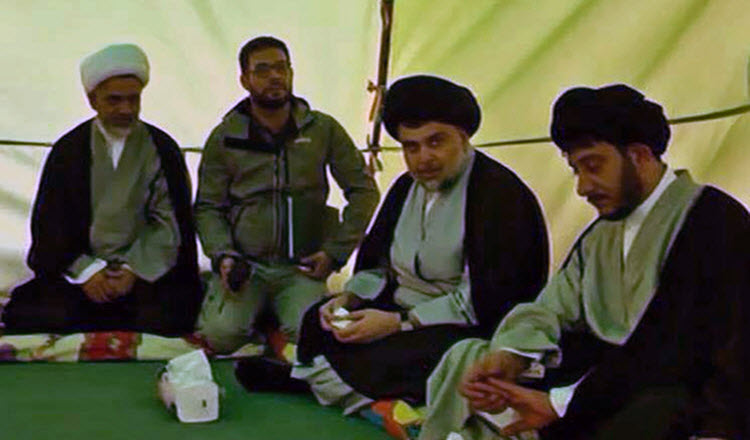 London, 17 Apr – On Saturday, a radical cleric in Iraq called for the Syrian dictator Bashar al-Assad to step down and called on the US, Iran and Russia to stop intervening in the Civil War.

Moqtada al-Sadr, who is based in Najaf condemned the murders of 87 people (including 31 children) in a chemical attack, on an area controlled by the resistance forces, that is widely blamed on the Syrian Government.

In a statement, he said: “I would consider it fair for President Bashar al-Assad to resign and leave power, allowing the dear people of Syria to avoid the scourge of war and terrorist oppression.”

Following the attack, the US fired 59 cruise missiles at Shayrat airbase in Syria; as that was believed to be the origin point for the chemical attack.

Sadr, who fronted a militia that fought the US occupation of Iraq, criticised that move and asked that all foreign powers stop interfering in the Civil War.

He said: “I call on all sides to withdraw their military assets from Syria so that the Syrian people take things into their own hands. They are the only ones with the right to decide their fate — the alternative will turn Syria to rubble.”

However, there are several Iraqi Shia militias, some directly supported by Iran, who are currently helping Assad by sending military units into Syria.

Track Persia defended any forces controlled by Sadr, remarking that his forces were protecting holy sites in the region; which is the same reasoning that Iran uses, despite the bodies of Iranian forces being found hundreds of miles from said shrines.

The official response from the Iraqi Government, which is largely influenced by Assad’s ally Iran, drew a fine line between its alliances with the US and Iran.

It condemned the attack without naming Assad as the perpetrator and called for an international investigation into the attack, in order to punish those responsible. However, it also criticised “hasty interventions” that followed without mentioning the US strikes.

In March 2017, Sadr told Middle East Eye that sectarian militias have no place in Iraq, noting that creating a dialogue between the Sunnis and the Shias was the better option.

He said: “I’m afraid that the defeat of Daesh [Islamic State] is only the start of a new phase. My proposal is inspired by fear of sectarian and ethnic conflict after Mosul’s liberation. I want to avoid this. I am very proud of Iraq’s diversity but my fear is that we may see a genocide of some ethnic or sectarian groups.”

Reuters: A gasoline tanker, which shipping sources said was...