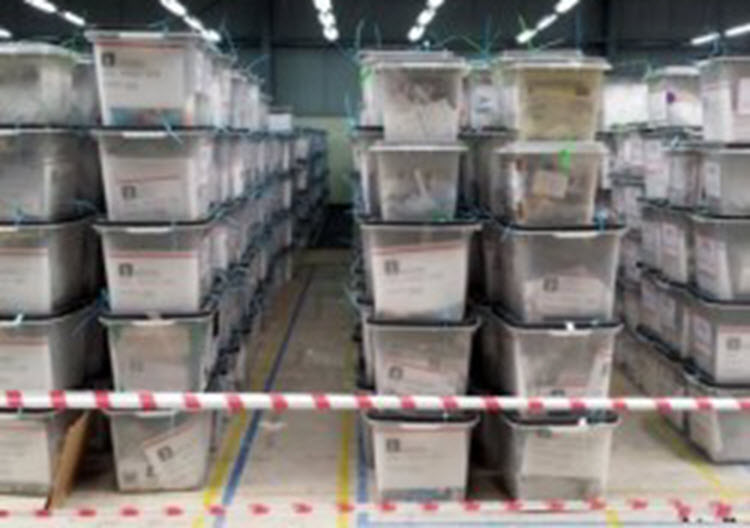 London, 17 Apr – Iran is in crisis but it is even more pronounced as the sham elections approach. Ehsan Aminolroaia, a member of the National Council of Resistance of Iran revealed in an interview that the stress and infighting appear to be getting to the mullahs’ in a way that it hasn’t before.

Aminolroaia said: “The turbulence and stresses of previous elections always emerged after the elections, while in this election, those issues are coming out beforehand. The Iranian regime is experiencing major political problems. This situation is the result of series of great events of the last few years that placed the Iranian regime in a defensive mode: such as uprisings of 2009 and 2010, the break-down of regime’s dominated coalition groups (Supreme Leader Ali Khamenei’s loyalists), the Syrian civil war and international sanctions.”

Aminolroaia explained that there are 12 major crises currently affecting the Regime’s power struggle.

1. The mullahs are fighting each other for a chance to succeed Khamenei as Supreme Leader, which highlights their hunger for power.

2. The Iranian people have already shown their distaste and distrust for the Regime in their hundreds of thousands over the past 40 years but many believe that the time for a full-on overthrow of the Regime is now.

3. 2016 was the peak of protests against the Regime so far and this is only set to rise.

4. The Regime’s hostility towards oppressed minorities like Arabs, Kurds, and Baluchs is only worsening.

5. The Iranian Regime is entrenched in three foreign wars in Iraq, Yemen, and especially Syria; none of which the Iranian people want.

6. Thankfully, the Iranian Regime failed to destroy the democratic resistance group Mojahedin-e-Khalq (though not for lack of trying) and the group still provides a democratic opposition to the mullahs.

7. When the nuclear pact was formed Iran was forced to give up its nuclear programme, which took away international leverage and has caused some within the Regime to fight back against the Supreme Leader.

8. Although it should be noted that the nuclear pact failed to improve international relations or bring all the economic relief that was promised to the people of Iran. Many sanctions are still in place.

9. The current ‘moderate’ government has failed the people of Iran because it is by no means moderate. It has overseen over 3000 executions in four years and some areas are so poverty struck that malnourishment has become normal.

10. Iran’s economy is at a stalemate because rather than create jobs or provide food or treat the sick, the Regime funnels its money in the Syrian Civil War to ensure that the Assad dictatorship remains in power.

11. The Regime has also funnelled money away from projects that could have prevented the water shortage in certain areas that led to droughts.

12. The gap between the rich and poor has only worsened since the Regime came into power. Now, 10 million people are unemployed and 20 million live in substandard accommodation.

Aminolroaia said: “Now, the regime wants to find a way to defend itself against an offensive threat, which is spreading. One can call this threat an accumulation of crisis or crises that are intertwined. The ruling power is disintegrated and its divided components are in a gruelling and erosive conflict of undermining or disabling each other. My emphasis is not only on the power struggle between Khamenei and Rouhani factions, but also there are some among Khamenei’s ruling faction contributing to an ever-increasing division and disintegration.”