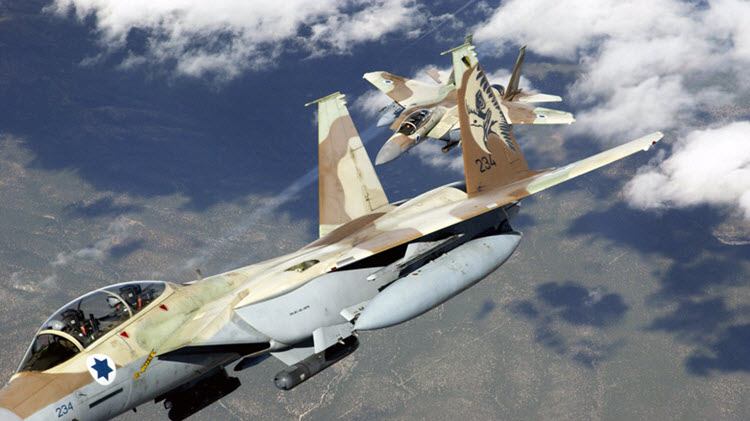 London, 13 May – Last week, Israel attacked 50 positions in Syria that were managed by the Iranian Revolutionary Guards. The attack was in retaliation for Iran’s firing of 10 missiles toward Israel.

In an attempt to explain the situation, Bahrain’s Foreign Minister Sheikh Khalid al-Khalifa said on Twitter, “Since Iran violated the status quo in the region and violated countries’ (sovereignty) via their forces and missiles, then any country in the region, including Israel, has the right to defend itself by destroying the sources of threat.”

According to Abdulrahman al-Rashed, former General Manager of Al Arabiya News Channel, and internationally acclaimed journalist, in his article for Al Arabiya, “If you ask any Syrian or Lebanese woman whose son was killed by the Iranian Revolutionary Guards, she will not hesitate to pray for victory to Israel and for the loss and defeat of its rivals.”

However, when Iran supports the Palestinians it has many people’s support, as does Israel when it strikes Iran’s forces in Syria, and the Palestinians when Israel attacks them. Lebanese-Iranian Hezbollah had support when it said it was liberating Lebanon from Israeli occupation, and Israel is supported when it targets Hezbollah for attacking the Lebanese, or participates in killing the Syrians.

“The stance is with the attacked party against the assaulter,” says al-Rashed. He calls it the “required rational stance in a mad region.”

In the past, Israel and Iran fought the war between them via their proxies. Now they are directly fighting one another, and it’s happening on Syrian territories. We have begun to see the Revolutionary Guards pay a price for trespassing beyond their limits.

The Revolutionary Guards claimed in an official statement that they are not responsible for firing the missiles at Israel. Assad’s forces were blamed for firing them. But,
the Israelis will not wait for international inspection committees to address this. They believe Qassem Soleimani’s forces are to blame, and will not allow them to hide behind Syrian troops.

While Soleimani says he’s willing to sacrifice the last standing Iranian soldier for Assad’s sake, al-Rashed writes, “Assad will cooperate with whichever power wins in his land and now that Israel is involved in the war, Iran is probably the biggest loser.”

With President Trump’s decision to scrap the nuclear agreement and reinstate economic sanctions, and Israel’s military involved in the strikes that destroyed Iranian sites, the aim is to curb Iran’s interference in the affairs of the region’s countries.

AP: An Iranian-American scholar recently released from a notorious...