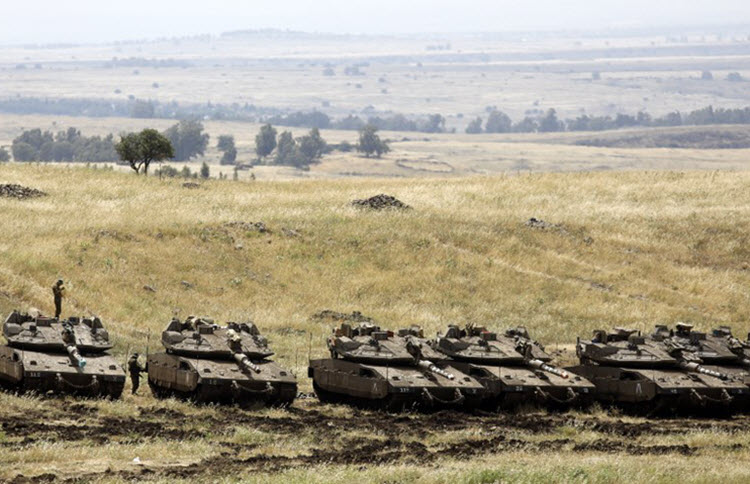 London, 27 August – At the beginning of the month, Russia announced that it had convinced Iranian forces, including Hezbollah, in Syria to move back from the Israeli border and keep a distance of about 85 kilometres (53 miles), after an escalation of Israeli military strikes against the Iranian-led forces.

However, some are speculating that this retreat by the Iranians will be short-lived. They argue that this retreat is nothing more than a tactical manoeuvre by the Islamic Revolution Guards Corps (IRGC) in order to reduce tensions for a short period before it returns to the border, citing Iran’s previous consolidation in Lebanon, where the Iran-backed Hezbollah has control.

At the moment, Iran is focusing on helping Syrian dictator Bashar Assad take control of all Syrian territory held by the rebels, especially while Turkey, Russia, France, and Germany are organising a summit on the Syrian conflict, but make no mistake, Iran has not left southern Syria for good. It’s far too important to Iran’s goal of creating a Shiite Crescent in the Middle East and attacking Israel.

Hezbollah expert Nicholas Blanford said: “Iran will play the long game in southwest Syria by relying either on Hezbollah or Iraqi militant groups (there)”.

Indeed, an unnamed source close to the Hezbollah militants deployed in Syria explained that Hezbollah commanders had continued to lead operations in southwest Syria this month. Even if the Iran-backed forces appeared to follow Russian demands, they may well infiltrate the Syrian army and pose as regular troops.

Brahim Beyram, another Hezbollah expert, explained that it was unlikely Russia would implement the deal in the long haul and so Iranian troops could be back as soon as the heat dies down.

In many ways, the current situation of Iran in Syria is very similar to that of Lebanon following the 2006 war with Israel, which led to a UN resolution that supposedly removed foreign forces and called for the disarming and disbanding of all militia, including Hezbollah.

That resolution was not followed and Hezbollah is still very active in the country as a proxy for Iran, which should indicate how little respect Iran and their proxies have for the peace process and therefore how unlikely it is that the Russian order will be followed for more than a few weeks.

All in all, the story in Syria is reminiscent of every other Middle Eastern conflict that Iran has involved itself in. Iran creates chaos abroad to distract the international community from the crises plaguing Iran at home (i.e. ongoing protests, failing economy, internal fighting).

The only way to effectively solve these crises is to evict Iran from Syria and the region as a whole, allowing the people of Iran to govern their country peacefully and democratically.

The Times - Leading articles: All the ingredients are...

Reuters: Leaders of the Group of Eight major economies...