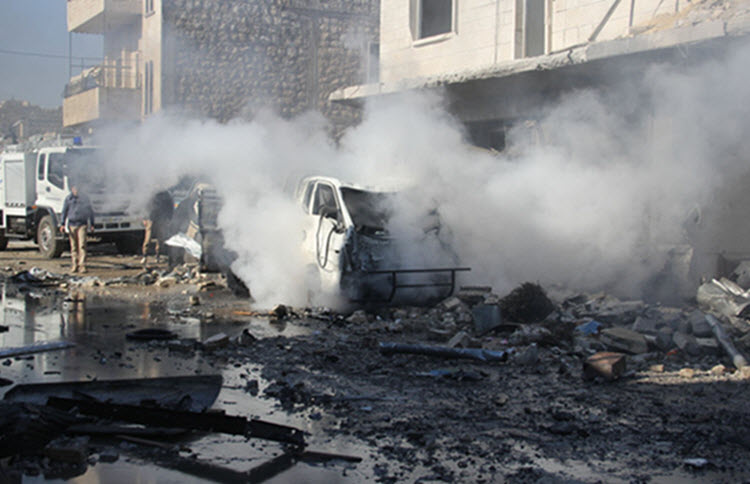 London, 2 Oct – The US has called an Iranian missile attack on supposed militant targets in eastern Syria “reckless, unsafe and escalatory”.

In a statement on Monday, Pentagon spokesperson Commander Sean Robertson said that Iran took no measures to notify other military powers in the country of the predawn missile strike, something that “professional” military forces, like the US-led coalition, would have done to ensure maximum safety.

He said: “Given the complex nature of the battle space, such strikes potentially jeopardize the forces who are actively fighting ISIS in Syria. Any Iranian activity in this area is reckless, unsafe and escalatory.”

The Iranian Revolutionary Guard Corps (IRGC) announced on Monday that six missiles launched from Kermanshah, northwestern Iran, flew over central Iraq and hit targets in Albu Kamal, Syria, near the Iraqi border. The footage shown on Iranian TV was accompanied by commentary that this was a slap in the face to the US, Israel and Saudi Arabia.

They described the targeted group as “takfiris”, a term that Iran uses for ISIS, and Arab Separatists, who Iran blames for the attack on the Iranian military parade on September 22, which killed at least 24.

However, Iran is hardly helping to defeat ISIS when it has clear ties to the founders. In fact, as the US has said many times, it is “more than capable” of defeating ISIS without Iran’s help and it would be best if the Iranian troops left Syria for good.

In fact, Hudson Institute analyst Michael Pregent said if an Iranian missile struck an area where the US is operating, it could be considered a provocation and might mean that the US has to put air defence assets in Iraq to protect against “rogue Iranian missiles”.

Robertson also criticised Iran for sending a missile over Iraqi airspace as it is “uncoordinated airspace” and poses a threat to civil and military aviation.

This is the third missile strike by Iran against its neighbours since 2017; they have attacked Syria and Iraq, which undermines the sovereignty of these nations. It’s all part of Iran’s plan to cause destruction in the Middle East and create a Shiite Crescent.

He said: “When Iran fires a ballistic missile from its homeland against a target in a foreign country, this means that Iran is not afraid of the prospects of retaliation, and has probably calculated that it will be safe. So we are going to a point in the Middle East, very quickly, where the threshold for Iran’s use of force is continuing to drop, as the accuracy of Iran’s missiles is continuing to grow.”

AFP: US funds may have served to buy fuel...