AFP: A Siberian tiger delivered to Iran by Russia in a swap deal last year has died from a disease which one official said it contracted before it was given to Tehran, reports said on Monday. 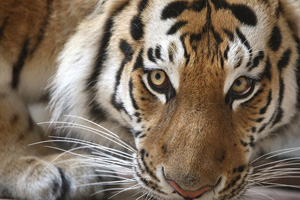 TEHRAN (AFP) — A Siberian tiger delivered to Iran by Russia in a swap deal last year has died from a disease which one official said it contracted before it was given to Tehran, reports said on Monday.

The tiger was a resident of Tehran’s Eram Zoo since April 2010 when Russia gave it to Iran along with a Siberian tigress in exchange for two Persian leopards.

Hooshang Ziaee, an adviser to Iran’s Environmental Protection Organisation, told ISNA news agency that the tiger had been infected with Feline Immunodeficiency Virus (FIV) but it was unclear when it died.

“The final cause for the death of the Siberian tiger was that it and other felines fed on diseased donkeys,” he said.

Eram zoo director Amir Elhami said the tiger had been infected with FIV before arriving to the zoo but denied that other animals contracted the virus.

“The doctors tested the dead feline and have concluded that it already had immunodeficiency which means he was vulnerable to any disease,” Elhami was quoted as saying by Fars news agency.

“None of the other animals in the zoo have FIV and so it is clear that before the tiger was transferred to the zoo, it had this disease. In the past few days we also tested our lions (for FIV), but none of them have the disease,” he said.

Iran obtained the two Siberian tigers from Russia as part of its efforts to breed anew the species which had become extinct 50 years earlier in the country Ziaee said, adding that the tigress was healthy.

Russia swapped the tigers for the Persian leopards in order to re-introduce the breed — extinct in its Caucasus since the start of the last century.

Attacking refugees in Camp Ashraf a crime against humanity