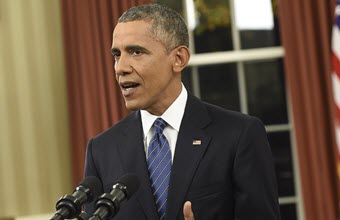 The mood of the trip to Riyadh was less strained and the attendance greater than a similar gathering last year at Camp David when King Salman of Saudi Arabia and other gulf leaders skipped the talks. Obama re-affirmed what the two sides had in common, an enemy in ISIS and fluctuations in the global economy.

Obama pushed a two-pronged strategy when it came to the topic of Iran. Stating that gulf countries would receive weapons and support against both physical and virtual attacks from Iran. A Saudi-led coalition has been involved with fighting against Iranian-backed Houthi rebels in Yemen since 2015. America along with France, the UK and Canada have provided material support and intelligence to the coalition.

An international maritime operation has also stepped up efforts to intercept unmarked boats. Several vessels have been seized off the Horn of Africa containing weapon caches. Obama remained committed to the two-faceted strategy saying:

“We have to be effective in our defenses and hold Iran to account where it is acting in ways that are contrary to international rules and norms. But we also have to have the capacity to enter into a dialogue to reduce tensions and to identify ways in which the more reasonable forces inside of Iran can negotiate with the countries in the region, with its neighbors, so that we don’t see an escalation of proxy fights across the region”, said Obama (The Washington Post)

As Obama’s tenure comes to an end questions about new relationships in the coming months will again raise the question of support and strategy.

Reuters: Iran hopes to sign a deal with Indian...

AP: The next president would be wise to make...