Iranian citizens protest against the diversion of River Karoun 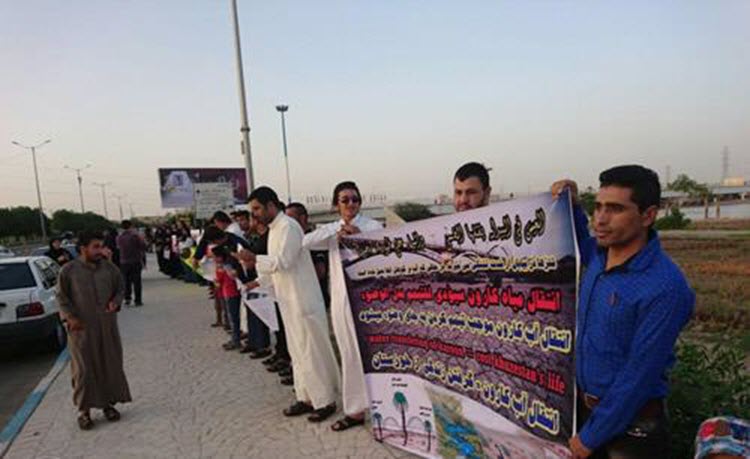 Residents in Ahwaz, a city in Iran’s south-western province of Khuzestan are protesting the regime’s attempt to divert water from the River Karoun.

The protesters formed a human chain in front of the Choubi Park across from Street 17 in Kianpars region.

During the protest, which lasted from 5 p.m. to 9 p.m. local time, the protesters held up signs with messages like:

• Karoun is our life

• No to diversion of Karoun’s water

• Do not turn Khuzestan into hell by transferring its water

Photos of the protest can be found on the website of the National Council of Resistance of Iran.

During a previous protest, on May 17, Intelligence Ministry agents arrested Zakia Harnisi, a 26-year-old Ahwazi resident, and environmental activist.

She was transferred to the Intelligence Ministry’s information headquarters in the Amanieh region in Ahwaz.

Ms. Harnisi, a graduate of agricultural engineering, has been very active in the field of cultural issues and the environment.

She is extremely dedicated to the Karoun River and was one of the main organizers of the campaign.

Regime officials searched Ms. Harnisi’s home without a judicial warrant and confiscated her personal belongings including her books, computer, and mobile phone.

Reuters: Iran, under U.N. Security Council sanctions over its...