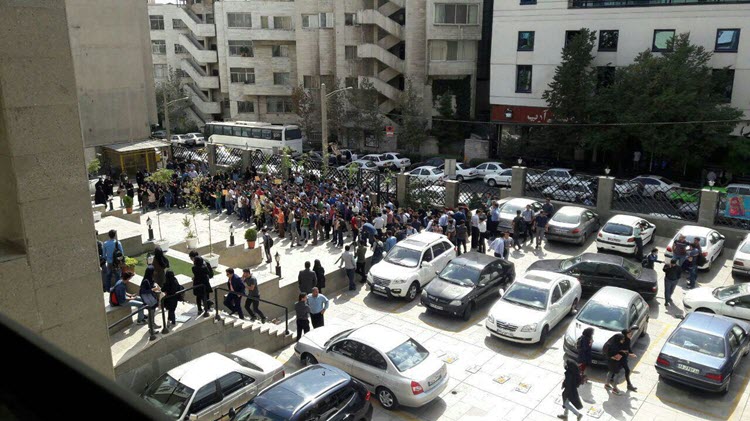 London, 3 October – This past weekend, students from across Iran have held protests against the growing interference of the Regime in the universities.

On Saturday, October 1, students staged a demonstration and a hunger strike to protest conditions in their housing, extreme fees and a deterioration in the quality of food despite rising prices.

The National Council of Resistance of Iran has photos and videos of the protest on their website, where students chanted slogans such as: “We do not pay extortion money”.

On October 1, students at Amir Kabir University held a demonstration and made speeches in the university’s conference hall in front of the University President

Students at Bou Ali University gathered inside the central building of the university on October 1 to protest over poor internet access, which affected their studies. No government agents in the

Educational Assistance Department gave any response to the students.

Students here protested the government’s lack of attention to their post-graduate employment options. Students were promised that they would find good-paying, secure jobs within the Iranian Oil Industry upon graduation but this has been untrue for the majority of students.

Students asked back in August for this issued to be addressed but were ignored.

These all follow on from the student protests last week over excessive fees and increasing restrictions.

At Sharif University of Technology, students held a three-day protest in front of the building of the university president, chanting “Students would rather die than to accept humiliation” and “University education should be free”.

The Regime’s Security Agents had intended to break up the protest but were confronted by demonstrators.

AFP: Iran and six powers held nuclear talks for a...