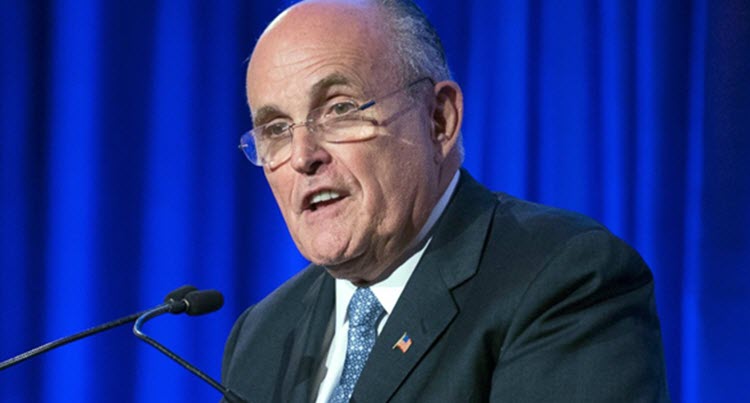 London, 18 Nov – In an article published in The Daily Caller, Matt Lewis writes about The Trump administration’s possible choice for Secretary of State, Rudy Giuliani.

Reports of Giuliani’s appointment have sent red flags waving, some of which concern his business dealings, especially his work for a controversial group called the Mojahedin-e-Khalq (or MEK).  In an editorial, the New York Times notes that “he was paid to deliver speeches in 2011 and 2012 defending a cultlike Iranian exile group that was on the State Department’s list of terrorist organizations.”

Lewis states, “A couple years ago, I attended one such “cultlike” meeting in Paris (details and disclosures here)…”

The MEK has many Republican and Democratic supporters; it hardly seems fair to single out Giuliani, on the basis of his affiliation with this group.

Still, from a future Secretary of State, Giuliani made some rather questionable remarks that day, especially his apologizing on foreign soil for America’s behavior.

As part of a deal with the United States, the Iranian dissidents laid down their arms years ago in exchange for being given a safe haven. However, when America pulled its troops out of Iraq, the MEK were turned over to the Iraqi government, which is influenced by the Iranian regime.  Giuliani described the refugee camp as a “concentration camp,” and added, “I am embarrassed. I am ashamed. And I’m here to apologize,” Giuliani said of this betrayal. He also said he wouldn’t support any candidate for president who didn’t call for regime change in Iran, and continued, “Where is Ronald Reagan when we need him.”

In the Washington Post, Josh Rogan notes that “the group does have legitimate grievances and has been the target of deadly attacks by Iranian-backed forces inside Iraq. There are also reports that the U.S. and Israeli intelligence services have used the group’s members at various times to conduct covert operations inside Iran.”

At its core, the issue is whether Giuliani profited from advocating for the MEK while they were still listed as a foreign terrorist organization. This is just one of the important questions about Mr. Giuliani, in light of his possible future appointment in Trump’s administration.

That said, speaking out against the human rights abuses waged on MEK is something to be lauded instead of disparaged.

“Good luck filling an administration that hasn’t spoken to this group,” Lewis concludes.

The Times: They were a few brief minutes that...