Iran: Will the regime remain cautious towards the US for long? 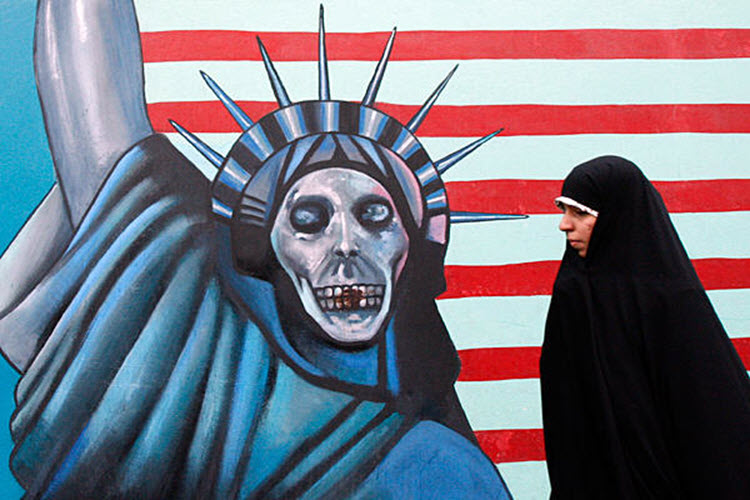 London, 5 Feb – Iran is seemingly being very cautious with regards to the United States. Before President Trump was inaugurated, the regime chanted “Death to America” and signed a deal worth $16.6 billion. The Iranian regime appears to be concerned about the possibility of military conflict.

However, the Iranian regime is not easily intimidated. Will the current caution it is showing last?

Iran test-fired a ballistic missile last week and the US announced that Iran had been put on notice. Yesterday, sanctions were imposed on 25 people and entities by the US. Iran’s response was to announce a list of Americans that will be subjected to “legal restrictions”.

President Trump took to Twitter to warn Iran that it was “playing with fire”, stating that Iran has forgotten how lenient President Obama was to them. “Not me!” he added.

In an apparent response, also on Twitter, the foreign minister of Iran said: “We will never use our weapons against anyone, except in self-defense.

Let us see if any of those who complain can make the same statement.”

Other officials from Iran have responded quite gently too. A spokesman of the Foreign Ministry said: “It’s a shame that the U.S. government, instead of thanking the Iranian nation for their continued fight against terrorism, keeps repeating unfounded claims and adopts unwise policies that are effectively helping terrorist groups.”

The US has emphasised that the issues with Iran go much further than the test-firing of a ballistic missile. National security advisor Michael T Flynn said that Iran is to blame for an attack on a Saudi warship, indicating that the US also condemns Iran’s support of proxies in the region. He said: “The Trump administration condemns actions by Iran that undermine security, prosperity and stability throughout the Middle East and place American lives at risk.”

Trump said on Twitter that “Iran is rapidly taking over Iraq” despite the trillions of dollars that was spent there.

While Trump was campaigning for presidency, he often spoke about the advantages of being unpredictable when it comes to foreign policy as Reagan during his time in office. So far, this is what he has done as far as Iran is concerned.

An official close to President Rouhani confirmed that Iran finds Trump very unpredictable, calling him untrustworthy. He added: “They will not honour any agreement. Nothing good is coming from this.”

President Rouhani called President Trump a political novice, but behind this front the Iranian government is undoubtedly nervous about what the future holds, especially with regards to its nuclear plans. Unlike President Obama and his administration, there has been a lot of negative rhetoric about Iran, it’s actions and the nuclear deal in the president administration.