Ahmadinejad Disqualified From Iranian Election: What Does That Mean? 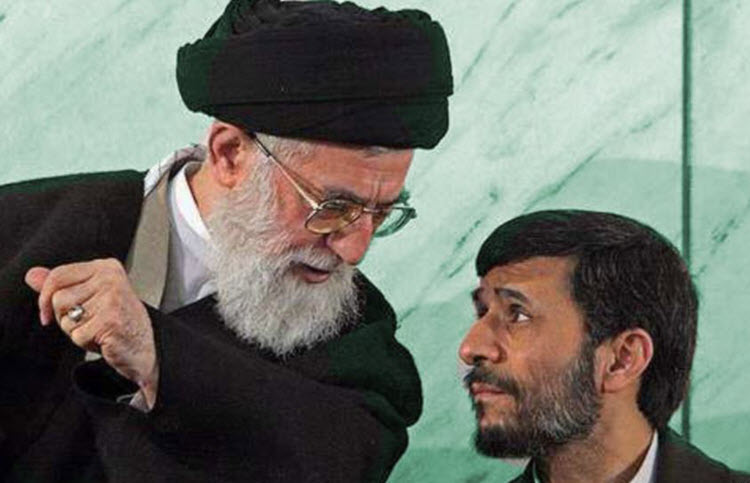 London, 26 Apr – Former Iranian president Mahmoud Ahmadinejad has been disqualified from the current presidential race, but what could this mean for the future of Iran?

Shahriar Kia, a political analyst and member of the National Council of Resistance of Iran, wrote an op-ed for the Daily Caller in which he highlighted how unprecedented this move was.

After all, Ahmadinejad enjoyed the full support of Iran’s Supreme Leader Ali Khamenei during his reign (2005-2013). In 2005, Khamenei dismissed former Iranian president Ali Akbar Hashemi Rafsanjani in favour of Ahmadinejad and in 2009, he favoured Ahmadinejad in spite of nationwide protests.

Kia wrote: “To this end, the recent disqualification of Ahmadinejad is considered a major defeat for Khamenei, and thus the entire Iranian regime.”

Iran is currently embroiled in several major crises (poverty, unemployment, foreign conflicts) and it is believed that this is initially why Khamenei privately requested that Ahmadinejad not stand for elections.

Ahmadinejad, however, chose to publicly register to stand, in spite of the Supreme Leader’s wishes. Many believe that this affront is what led Khamenei to order the Guardian Council (who select the presidential candidates) to disqualify the former president and his protégé, Hamid Baqai.

Kia wrote: “Despite their disagreements, Ahmadinejad and all other elements in the Iranian regime have one common red line: preventing the repeat of any scenario similar to that of the 2009 uprisings.”

This is because the Iranian Regime knows that their time is coming to an end; sooner or later, they will be overthrown by their democratic resistance forces.

That is why the Regime cracks down so heavily on any kind of dissent; imprisoning political activists, punishing striking workers with corporal punishment and beating women who are improperly veiled.

It is why they tried to exterminate members of the People’s Mojahedin Organization of Iran (PMOI/MEK) in 1988, and why they threatened the US over Senator John McCain’s visit to Albania, earlier this month, where he met with opposition leader Maryam Rajavi.

It is why the Regime tries to paint its elections as a battle between moderates and hardliners, rather than a squabble for money and power.

Kia wrote: “To make matters far worse for Khamenei and his regime, the Iranian opposition National Council of Resistance of Iran (NCRI), an umbrella group of various individuals and organizations seeking democratic regime change in Iran, has described these so-called elections as a selection between a criminal, being Raisi, and a devious figure, being Rouhani. The word “election” has no true definition in the Iranian regime’s encyclopaedia.”

Ahmadinejad’s disqualification is a false flag because the president does not have any powers in Iran; the only person inside the Regime with the power to change Iran is Khamenei, and he will not change.

Reuters: Friday's presidential election in Iran is unlikely to...