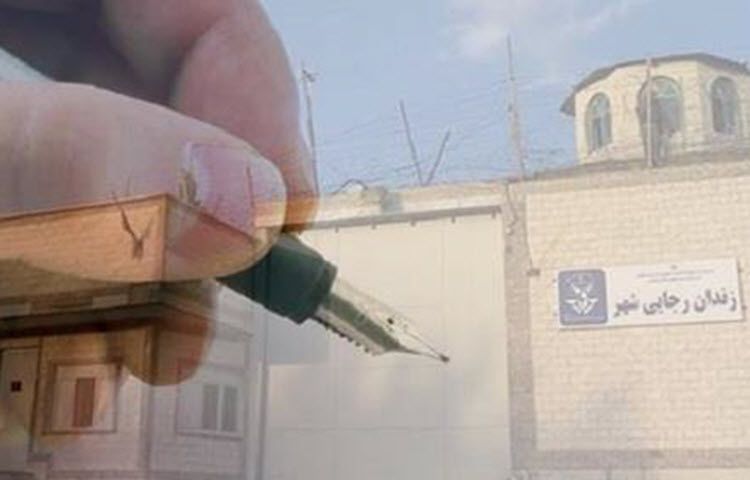 Recently, we’ve witnessed insults and accusations made by the Iranian regime against Mrs. Asma Jahangir. For us, who have been targeted with such insults and accusations for years and have witnessed how our fellow Iranians who dare to speak out against the regime are faced with lots of false charges, imprisonment, exile, and even execution while lacking the slightest possibility to defend themselves, such accusations against special rapporteur are not unexpected at all.

But this time, the one who’s been the subject of such accusations is not an Iranian citizen for whom there’s no possibility of defense, but that’s the UN Special Rapporteur who’s been approved by the international community, human rights council, and the UN, and is regarded as the only shelter for the victims of injustice.”

The letter then points to regime’s intentions from raising such accusations against human rights special rapporteur, maintaining that “we, the political prisoners, assure you that such accusations are only aimed at forcing her into silence, appeasement, or at least ignoring many cases of human rights violation committed by the Iranian regime. So, we’re asking you to give practical, serious, and effective response to such an immoral and inhumane act against the special rapporteur, Mrs. Asma Jahangir.”

At the end of their letter, political prisoners in Gohardasht, Karaj, write “defending the integrity, justice, and independence of Mrs. Asma Jahangir against this aggressive regime who doesn’t recognize the least rights for Iranian citizens is actually defending all the prisoners and victims of human rights violation in Iran. Looking at this instance, you can imagine how the regime brings any misery to Iranians without any fear, particularly when encouraged by the international community’s silence, appeasement policy.

A number of prisoners of conscience in Gohardasht Prison, Karaj

Iran Says It Will Keep Its Nuclear Program

Washington Post: A defiant Iran said Tuesday that it...