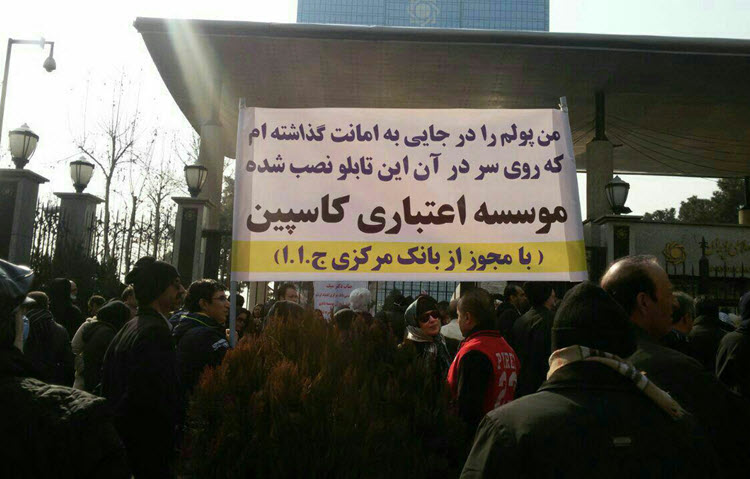 London, 24 Jun – The people launching credit institutions in Iran have political power and special backing but they don’t care about the law, according to a financial expert within the Iranian Regime.

Ahmad Hatami-Yazd, former director of Bank Saderat, revealed this in an interview with the Regime’s TV News Channel.

He said: “These (unauthorised) institutions are being run by those who have no scientific, technical, and moral jurisdiction to run such places and they lacked such qualifications from the beginning.”

He continued: “It’s just like a fake doctor whose efforts to treat a patient will only lead to patient’s deteriorated conditions. The point is that the fake doctor has only a few clients, maybe 5, 10, or 20, but the clients of such institutions are unfortunately hundreds of thousands and that’s why it’s turned into a social crisis. Thanks to their political power and special backing, the founders of such institutions were allowed to act like a fake doctor, opening offices all over the country to receive people’s deposits.”

He said that Central Bank was unable to do anything about these institutions, many of which are being run by officials within the Regime.

Mizan credit institution was founded by officials in the Mashhad Judiciary, the very same officials who are trying defendants and sentencing criminals, but how can they be trusted to do so when they themselves are criminals?

Hatami-Yazd said: “The same story is also true for institutions linked to law enforcement bodies. There are too many different types of such power centres in the country that don’t observe the law, and don’t care about it, either.”

He continued: “The point is, the founders of such institutions were not scientifically and morally qualified to run such places, but they had political power which allowed them to move ahead.”

On Wednesday, June 21, thousands of victims of these regime-owned financial institutions staged rallies in major cities across Iran.

Over 3,000 people gathered in Tehran alone shouting slogans like “The state of moderation, has emptied the pockets of people”, “Iran has become thief house”, and “Supporting the thieves is a betrayal to the Quran”.

While in Ahvaz, protesters blocked Sa’at Square shouting “If our problem is not solved, Ahvaz will rise”. The Regime set police in armoured vehicles against them.

This just shows the desperation of a Regime that is clearly failing its people. That is why we must support the Iranian Resistance (NCRI/MEK) and its elected leader Maryam Rajavi, who serves as a government-in-exile and have a ten point plan to create an Iran for the 21st century.

On December 25, reports from Rasanak, a regional human...