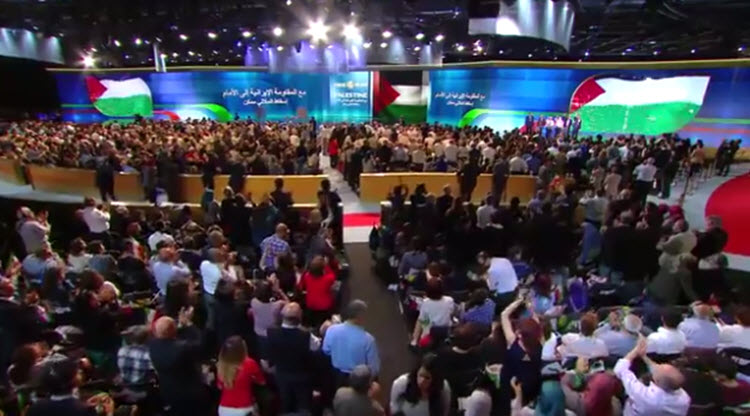 London, 1 Jul – This year’s Paris rally dubbed “Free Iran” by the organizers is certainly held in a new setting for the Iranian dissidents living in the West.

And the message this gathering will convey, most certainly will have a broader impact on Iran policy in the West than those of similar events in the past.

As the world is realizing that Iranian mullahs are not a regime that can be tolerated in today’s world, Iranian dissidents gathering at the “Free Iran” gathering plan on putting a “regime change” policy on the agenda for all Western countries.

Every year around this time, at the invitation of the National Council of Resistance of Iran based in Paris, tens of thousands of sympathizers gather to voice their support for freedom in Iran.

Through the years, the event has been drawing increasing attention in Western media as it drew in some high-ranking officials and well-known personalities and dignitaries in its support. Seeing personalities such as Rudy Giuliani, Howard Dean, John Bolton, Newt Gingrich, Tom Ridge, etc. has become quite a commonplace in these events.

Through the years the rally advocated a short answer to what has been a major international dilemma. The question: “how to deal with the Iranian regime’s rogue conduct?” The answer from the Iranian diaspora has been one: “regime change.”

For near four decades, the official policy of Western countries has been a lenient one in order to win economic favors. Some advocates of the policy reasoned that economic relationship will bring the mullahs to their senses at some point while it will win economic advantages for the West.

Near four decades after the mullahs established their theocratic rule in Iran, no moderations are observed and yet, the regime has been getting increasingly emboldened in its brutal behavior towards its own people and in the middle-east, and it has been supporting terrorism as well as developing nuclear weapons and ballistic missiles to threaten the rest of the world into silence.

The policy, on the other hand, left the people of Iran empty handed and all by themselves to face the brutality of the mullahs.

The policy also abandoned people of neighboring countries to Iran such as people of Iraq, Yemen, Lebanon, and Syria to face the terrorism and sectarian wars waged by the Iranian IRGC and mullahs.

In 1988, following the end of Iran-Iraq war, a religious decree issued by Ayatollah Ruhollah Khomeini calling for the execution of every member and supporter of the MEK – a prominent member if the NCRI, led to a brutal massacre of over 30,000 political prisoners in Iran.

It was not until recent events just before the so-called elections in Iran that recordings of revealing internal discussions surfaced and the world suddenly awoke to the horrifying crimes that had taken place while the world turned a blind eye to Iran.

But the real awakening of the West – following the election of President Trump into the Oval Office – took place after the world began to recognize the real danger the mullahs posed to the world peace with their aggressive expansionist policies in the region, and also their nuclear and missile development.

This year’s Free Iran rally will bring just that message to the West. The Iranian resistance will convey that regime change in Iran is urgently necessary as peace in the world depends on it.

And, the gathering doesn’t’ simply provide the problem. In fact, the Free Iran gathering provides a viable solution: the Iranian Resistance.

Launch of Iranian reactor may be delayed