Ahmadinejad Called for the Release of Baghaei 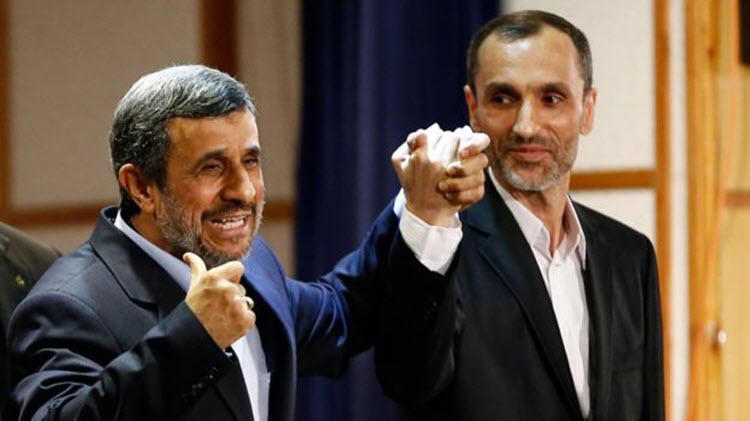 London, 13 Jul – Mahmoud Ahmadinejad called Hamid Baghaei’s detention as a great oppression, calling for his release. Baghaei was the Vice President of Iran in the government of Ahmadinejad.

The former President of Iran, on Tuesday, June 11 wrote a letter following the arrest of Hamid Baghaei, calling him as a true and revolutionary man; criticizing his arrest without further proof.

Mahmoud Ahmadinejad referred to the principles of the Constitution on the rights of citizens, including the principle of the innocence of citizens, the need for evidence in time of arrest, the prohibition of torture in confession, the prohibition of desecration to the accused ones, and the need for a lawyer. He called the arrest of Baghaei a great oppression and contrary to the constitutional principles.

Ahmadinejad criticizes the current government for the detention of his comrade while many political and civil activists criticized him for not considering the citizenship rights during his presidency.

The widespread violation of the basic rights of detainees and defendants has been committed in 2009 particularly after the uprisings. Nevertheless, Ahmadinejad’s government never objected to it.

Mahmoud Ahmadinejad and his associates claim their government ends up being the scapegoat in every situation and they are victimized in the midst of political clashes. He stated that he raised an issue in the parliament once but they did not inquire much about it. He allegedly referred to the film, which he released about the financial corruption of Fazel Larijani who is the brother of the Chief Justice of Iran, Sadegh Larijani. Ahmadinejad asked if he still has to pay for what he did.

The former President of Iran called on the Chief Justice to order the release of Hamid Baghaei as soon as possible. He also stipulated that he has sent a letter to the Supreme Leader regarding this matter.

Ahmadinejad’s Media Consultant, Ali Akbar Javanfekr announced on Sunday, June 9 that the prosecutor set bail at 50 billion Tomans ($15.3 million) for Hamid Baghaei and he got jailed since he failed to provide the bail.

It is noteworthy that Hamid Baghaei was summoned to the court and arrested after the end of Mahmoud Ahmadinejad’s government. Although the Iranian Judiciary did not announce the allegations, the unofficial news showed his role in corruption and administrative misconduct in the former government. However, Ahmadinejad still calls him as the true and revolutionary man.

The Administrative Justice Court, which sentenced Hamid Baghaei to four years of suspension from service, stated that he has not carried out the previous verdict, of which, he had to return 35 cultural heritage antiques to their owners.

Baghaei was also the head of Cultural Heritage and Tourism Organization of Iran during Ahmadinejad’s presidency.

According to Javanfekr, Baghaei was previously arrested for more than 200 days and was eventually released by the order of a top official without any bail or indictment.

Hamid Baghaei and Mahmoud Ahmadinejad volunteered for the presidential election in Iran but the Guardian Council rejected their eligibility.

AFP: Iran and Pakistan started a new round of...