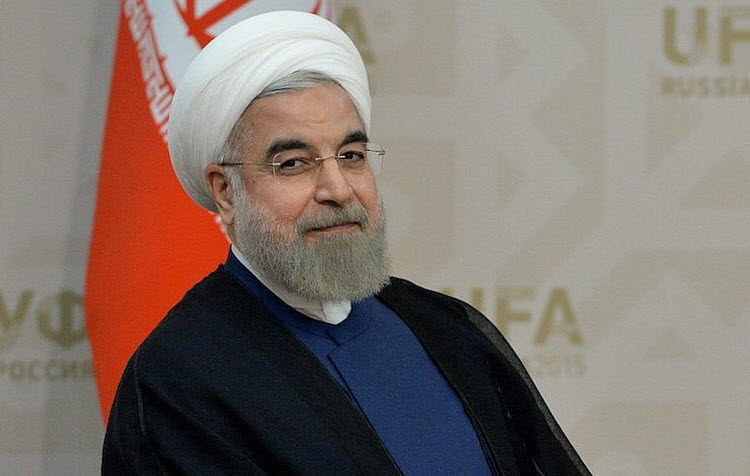 London, 16 Oct – America should clarify that Donald Trump’s decision to decertify Iran’s compliance with the nuclear deal does not mean that sanctions will be swiftly reimposed, but that the Iranian Regime will be given a chance to properly curb their nuclear and military activities according to an expert in the Middle East.

Abdulrahman Al-Rashed, the former general manager of Al Arabiya news channel, and former editor-in-chief of Asharq Al-Awsat, wrote an op-ed for Arab News in which he said that America should lay out the terms before the Iranian Regime’s PR campaign has further painted the US as the Great Satan.

He wrote: “I expect the [Hassan] Rouhani government to mislead the Iranian people who live under the influence of the regime’s media, just like North Korea. It will depict Donald Trump’s decision to decertify Iranian compliance with the agreement as an aggression against Iranian people and an attempt to make their life even harder, especially since the US has already stopped issuing visas to Iranian nationals. However, Washington should clarify its position for the Iranian people that re-imposing sanctions on the Iranian government is not inevitable, but it has given Tehran a chance to abandon its military adventures and financing extremist groups abroad. The American conditions should be accepted by the majority of Iranians who are fed up with the behaviour of the regime, and with squandering their fortunes on different militias all over the world.”

Of course, it is worth noting that the vast majority of Iranians do access media that is not state-sanctioned and therefore contains the US view on things. While the Regime may crack down further on internet access and ‘illegal’ satellite dishes, the majority of Iranians will not accept Rouhani’s lies about the agreement.

In this piece, Al-Rashed also claims that many of the Iranian opposition were in support of the agreement thanks to a PR campaign from three years ago. However, this is too broad of a statement.

While some Iranian opposition members may have supported the deal (at least in theory), the vast majority saw that Iran would not keep its promises and did not support the deal.

Al-Rashed wrote: “We have not witnessed any improvement in the Iranian regime’s conduct. On the contrary, there has been more repression, even against some known supporters of the regime, such as the children of the late president Akbar Hashemi Rafsanjani and some people close to the former president Mohammad Khatami. And recently, even someone affiliated to President Rouhani was arrested in the endless game of balances.”

He continued: “Ever since the agreement between Iran and the West in July 2015, we have not heard from the Iranian elites inside Iran or abroad any commendation of the regime or an acknowledgement that there has been any improvement in the dealings of the regime with civil society. Consequently, we do not know the game that President Rouhani may resort to now to rally the support he managed to get last time. At that time, he played on the chord of patriotism, saying that the project was for the whole of Iran, not just for the regime. He convinced them that it was a cultural and scientific pride, and that lifting sanctions after the agreement would improve the life of the Iranian citizens.”

However, the agreement has not done that at all. It strengthened repressive forces like the Revolutionary Guards, left Iran embroiled in foreign conflicts, and funded terrorist groups across the Middle East, Africa, South East Asia, and even South America.

Early this month, a Belgian court convicted the Iranian...

UPI: Production from an oil field in the Strait...