A Political Scientist’s View on the Iran Protests 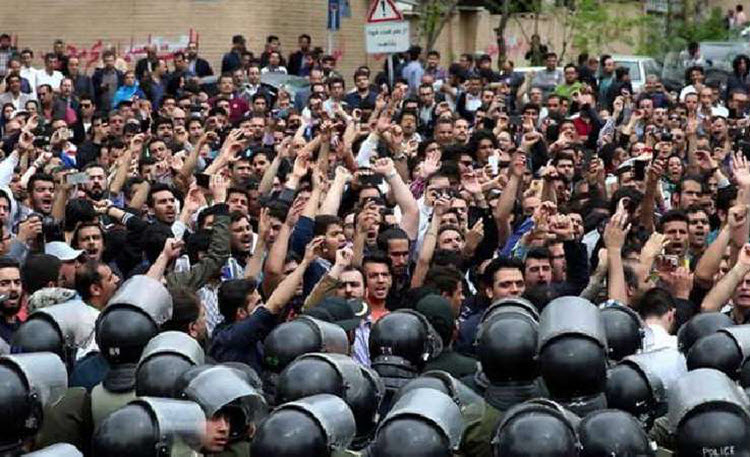 Unsurprisingly, he blamed “enemies” of the Regime for instigating the protests and controlling the demonstrators in over 60 cities. Now, he probably meant to insinuate that the US or the West is directing tens of thousands of Iranian people out into the streets to protest- as ludicrous as that sounds- but in a way he is correct.

Dr. Majid Rafizadeh, a leading Iranian-American political scientist, president of the International American Council on the Middle East, explained in an op-ed for The Huffington Post that the Iranian people are actually the enemies of the Regime, in that they want Khamenei’s brutal dictatorship to end.

Dr. Majid Rafizadeh wrote: “Khamenei is correct, in the sense that the vast majority of Iran’s people are hostile toward his theocratic regime.”

He also went on to explain why and how these protests took the whole world by surprise.

Dr. Majid Rafizadeh wrote: “The protesters are less recognizable to expatriates with social networks inside Iranian cities. But as human rights lawyer Gissou Nia pointed out in Politico, this is only indicative of class bias among some observers of Iranian affairs, and explains why the latest uprising came as a surprise to so many.”

He continued: “Unlike the Green Movement in 2009, the past week’s demonstrations started with disenfranchised peoples outside of the Iranian capital, including those in rural towns traditionally considered to be conservative strongholds. In this sense, they confirm that regime change is the popular demand of the Iranian people as a whole, not just the intellectual elites who enjoy the most contact with social networks.”

This means that Khamenei’s claims are- in the words of US Ambassador to the UN Nikki Haley- “complete nonsense”.

Haley characterised the sudden and expansive protests as “the precise picture of a long-oppressed people rising up against their dictators”. In other words, these protests are inevitable so long as the Regime remains in power.

She also initiated the push for an emergency meeting of the United Nations Security Council on the protests, which have now resulted in at least 21 deaths and 450 arrests. The US is concerned that the protests will result in a violent crackdown from the Regime, as that is how the Regime reacts to any dissent.

Dr. Majid Rafizadeh wrote: “The Trump administration is rightly concerned about the probable escalation in the crackdown, especially after the Revolutionary Guard Corps (IRGC) announced its deployment to three provinces that had been particular hotbeds of activity…the IRGC was instrumental in the violent suppression of the Green Movement. Its domestic power has only grown since then, and its outsized influence over the Iranian judiciary has allowed it to effective predetermine the outcomes of cases it initiates against political activists.”

Indeed, Tehran’s Revolutionary Court has already stated that those arrested could face the death penalty and the head of the IRGC, Major General Mohammad Ali Jafari, has linked these protests with the 2009 Green Movement, whose leaders remain in prison to this day.

Dr. Majid Rafizadeh wrote: “It is important to note, however, that the Green Movement suffered that fate against a backdrop of silence from potential international supporters. Fortunately, the Trump administration has made several statements of support for the Iranian people, all without lending credence to the ridiculous claims about the foreign origins of the demonstrations. Indeed, far from intervening directly, the White House has so far offered little to the protesters other than expressions of moral support. This is certainly important, as it helps to keep the world’s attention focused on the Iranian government’s response, potentially forestalling the severe crackdowns that might otherwise be condemned only after the fact.”

But what else could the West do to ensure the safety of the protesters?

Dr. Majid Rafizadeh wrote: “The US also has a responsibility to outline a policy that will actually support the autonomous calls for freedom and democracy. It should include providing access to the internet and other means of communication to the protesters. And it must do so quickly. The agenda for any forthcoming Security Council meeting would represent an opportunity to showcase this policy, which should include, at a minimum, serious, multinational efforts to deny the Iranian regime the tools to halt the flow of information within the country, or out of it.”

The West should counter the Regime’s attempts to control the narrative (how many are protesting, how many have been arrested, how the protesters are acting, who has been killed) by helping Iranians access the internet (which the Regime has currently blocked) by imploring with the Regime to resume service or launching their own satellite.

Dr. Majid Rafizadeh wrote: “The US and its allies could provide tremendous support for the Iranian people, simply by helping to make sure that these resources remain available to them. In this way, the current uprising will remain as it has always been: a true expression of the Iranian people’s demand for democracy and freedom.”

Besides Iran’s malign activities, such as its regional interference,...