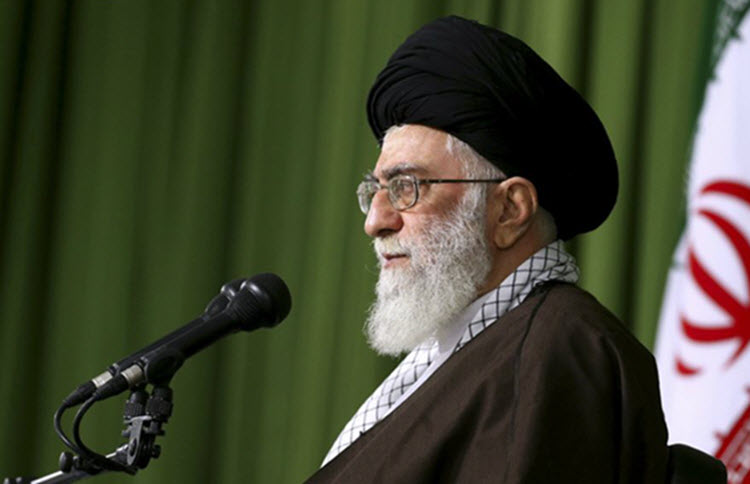 London, 07 Apr – An open letter to Supreme Leader Ayatollah Ali Khamenei was sent by a group of 300 of Iran’s most conservative figures and Basij officials. It outlined their concerns about Iran’s internal conditions, and criticized the country’s policy regarding the nuclear deal and efforts toward regional dominance.

Although they have always supported the regime’s supreme leader, they warned him about their worry for the future of the country, as seen in the the gap between the people and the authority, and stressed that the internal problems include all bodies of the authority.

Signatories of the letter supported former president Mahmoud Ahmadinejad, who sent a similar letter on February 19th. They denounced the arrest of individuals close to Ahmadinejad, and said that they doubted that the “revolution’s goals” were ac-complished under the current structure. Further, they claimed that systems in the country have reached the worst condition during the past four decades.

Ahmadinejad’s controversial positions on human rights, nuclear development, and Israel alienated him from both the Western and the Islamic worlds. In June 2013, Hassan Rouhani was elected as Ahmadinejad’s presidential successor. Last year, mil-lions of Iranians participated in elections. In the lead-up to these elections, the Guardian Council, the body in charge of vetting candidates, disqualified the majority of candidates, including Ahmadinejad, based on discriminatory and arbitrary criteria. The signatories of the letter said that they still consider Ahmadinejad to be the basic figure among the political elite to support national demands.

According to the signatories, the “wrong strategies” prevail in foreign policies, and they accused the diplomatic body of “wasting the Iranian revolution and the populari-ty of Iranians” in large portions of the region.

The letter comes two weeks after Khamenei’s Nowruz speech, when he said, “If na-tional production is accelerated, many problems will be resolved. I have chosen this as the center of this year’s slogan. This year’s slogan is Support for Iranian Products.” Conversely, according to the letter, there is no hope that the parliament will enact na-tional laws that serve the best interest of the people.

The judiciary authority was also under criticism, as the signatories called it the axis of oppression. They accused the government institution of marginalizing Iranians, and highlighted that some active institutions in the Iranian economy are not subject to accountability.

The open letter to the Supreme Leader makes it clear that the regime is at an incredi-bly weak point, and that regime change is an achievable goal, with support for the Na-tional Council of Resistance of Iran (NCRI) and the Iranian people.

Virtual US embassy in Iran is blocked