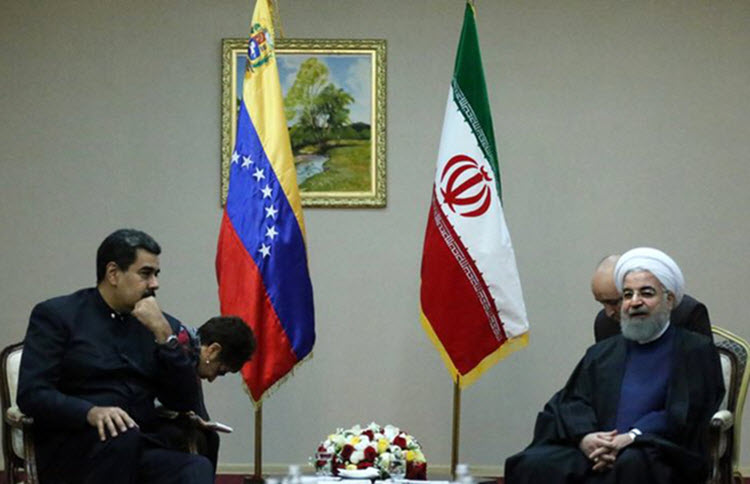 The re-opening of an air link between Iran and Venezuela this month is yet more evidence of Iran’s growing role in helping Venezuelan President Nicolas Maduro stays in power, according to analysts.

Last week, Iranian civil aviation officials announced that supposedly private airline Mahan Air had made its first flight to Caracas on April 8, which was the launch of a new air route.

Florida Senator Marco Rubio, a Republican with major input on the US’s Latin American policy, said: “Unless Iran has suddenly become a source of tourists, this is another reason why the government of Maduro has become a threat to the security of the US.”

It’s worth noting that Iran’s civil aviation organization admitted that the Mahan airliner carried high-level foreign ministry officials and airline executives, rather than tourists, indicating a massive problem. Pentagon reports state that IRGC Quds Force officers are providing intelligence and other assistance to the Venezuelan government via the Iranian embassy in Caracas under the cover of diplomatic work.

Mahan Air is sanctioned by the US for links to the Islamic Revolutionary Guard Corps (IRGC), which the US designated a terrorist organisation on Monday. The US placed Mahan Air under sanctions in 2011, arguing that it gave financial and other support to the IRGC. France and Germany also banned the airline from using their airspace, arguing that it helped to transport Iranian fighters and weapons into Syria and other Middle Eastern war zones.

Iran declared support for Maduro in February after the US threw its support behind parliamentary leader Juan Guaido and promised to help topple the Maduro administration. Venezuela’s ex-defence minister Raul Baduel says that Iran and Venezuela have joint military ventures including the manufacture of weapons and surveillance drones, while opposition sources say that Iran wants to use Venezuelan uranium deposits.

The US intelligence community also says that top Maduro officials are closely connected with the Iran-backed Hezbollah militia, which is also designated as a terror group by the US. Indeed, Maduro’s former vice president Tareck El Aissami has been indicted by the US for funding Hezbollah using a Venezuela-based drug trafficking ring.