What If There Was a Military Conflict Between Iran and the United States? 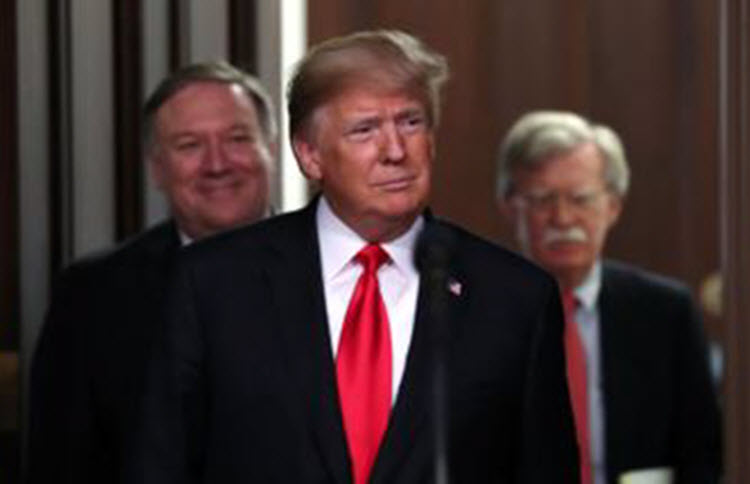 For the past four decades, the ruling system in Iran has made no secret of its hatred of the United States. Over the years, there have been many threats made to the U.S. – sometimes barely veiled threats, but more often, direct and clear threats.

During the Iran-Iraq war in the eighties relations became even worse. The U.S. deployed the Navy to escort tankers and ships through the Persian Gulf, resulting in exchanges of fire with Iran. Pretty much every time, the U.S. fared better than Iran.

Fast-forward a few decades and the United States is still superior in terms of its military forces and weapons. Iran has tried its utmost to become the superior side, but the U.S. possesses some of the most threatening weapons.

The U.S. has spoken extensively about the Iran nuclear threat and it has taken steps to prepare for the eventuality of conflict. The B-2 stealth bomber will undoubtedly play a major role as it has the capability of carrying a significant payload with great accuracy, even in adverse weather conditions. Given that Iran is a huge country and the proximity of certain nuclear facilities, the B-2 would allow the U.S. to destroy any target facilities as effectively and as efficiently as possible. It can penetrate areas that are under heavy protection and it can elude anti-air defence systems – even the most sophisticated.

Iran has a nuclear site – Fordow – that is located deep inside a mountain so as to protect itself from attacks. The U.S., to target this site, would have to deploy the GBU-57A/B Massive Ordnance Penetrator that is able to explode 60 metres underground and penetrate through around 18 metres of reinforced concrete.

Iran’s advantage is its huge coastline and it is thought that the U.S. would consider seizing a number of Persian Gulf Islands. If this were the case, the U.S. would be able to react with the little-known Amphibious Combat Vehicle. It would allow military personnel to reach land quickly, effectively and in a vehicle that protects against direct fire and explosives.

The U.S. could also have the use of lasers – a technology that is quickly developing. Military laser systems are showing more potential than was initially thought and they are able to rapidly and concisely hit complex targets.

Iran’s potential is quite simply not going to match up to the United States’ capabilities. Its weapons are ageing and not very sophisticated and it will not be able to keep up with the ever-changing and ever-progressing materials that the U.S. has access to.

If there was ever to be an armed conflict between these two enemies, it is very clear what side will have the upper hand.

The Trump administration has said that it is not trying to provoke a war with Iran through the use of crippling economic sanctions and the maximum pressure campaign, but it has clearly thought that it may be a possibility. In fact, it would be foolish to not prepare for this eventuality when you are dealing with an extremely dangerous, malign and unpredictable regime like the one ruling Iran.

Sunday Telegraph: Iran will this week launch an audacious...