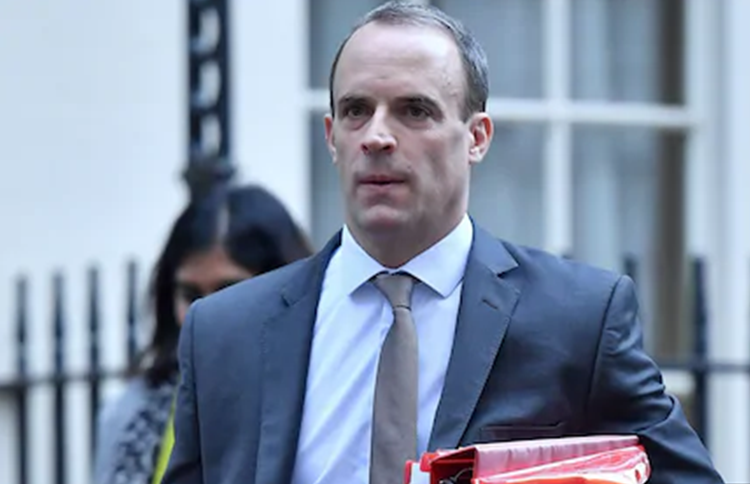 The UK rejected the idea of a tanker swap with Iran on Monday, with Foreign Secretary Dominic Raab saying it’s not a “quid pro quo” situation.

He refused to release the Iranian oil tanker captured by British forces near Gibraltar, which was suspected of violating EU sanctions on Syria, in exchange for Iran releasing the British-flagged Stena Impero ship it seized in the Gulf and accused, without evidence, of breaking maritime law by turning off its navigation and hitting an Iranian fishing vessel.

Raab told BBC World Service radio: “This is not about some kind of barter. This is about international law and the rules of the international legal system being upheld and that is what we will insist on.”

In a later interview with Sky News, Raab said that Iran should comply with international regulations if it wants to be a responsible member of the global community.

Over the weekend, several Iranian officials had floated the idea of a tanker swap after Boris Johnson took over as Prime Minister.

Hamid Baeidinejad, Iran’s ambassador to the UK, tweeted on Monday: “Impossible to advance a quid pro quo or barter exchange of detained UK and Iranian ships as some British media suggest. The UK has illegally detained the ship carrying Iranian oil while the British ship is detained for violating some key safety/security regulations in Hormoz Strait.”

Kamal Kahrrazi, Chairman of Iran’s Foreign Relations Strategic Council, which has the backing of Supreme Leader Ayatollah Ali Khamenei’s office, said on Sunday that Iran would consider hastening “judiciary procedures” regarding the British tanker if the Grace 1 oil tanker was released from Gibraltar.

While Iranian President Rouhani said on Johnson’s first day in office that the UK would receive an appropriate response from Iran if they stopped what they were doing in Gibraltar.

The UK has accused Iran of “state piracy” and is trying to set up a European coalition to safeguard Europe’s ship in the Persian Gulf, but Raab says they’ll need US support.

Raab said: “We want to see a European-led approach but in reality, it shouldn’t be some kind of geopolitical EU versus US tussle. I think it would be important for the European-led initiative to have US support to make it viable.”

At the moment, British warships are escorting UK-flagged ships through the Strait of Hormuz., including the HMS Montrose and the HMS Duncan.

UK Transport secretary Grant Shapps said: “The security of British-flagged ships is our priority, and we continue to work to de-escalate the situation with Iran following the unacceptable and illegal seizure of the Stena Impero.”

Obama says Iran a year away from nuclear bomb

AFP: US President Barack Obama said in an interview...