Khamenei Uses His Friday Prayers Leaders to Back Him in Election 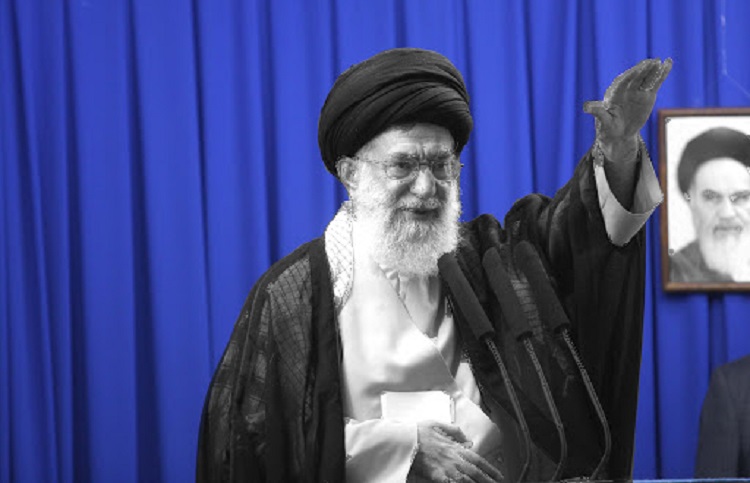 Iranian Supreme Leader Ali Khamenei is all-set to make sure there is only one faction of the regime that gains any power in the elections on Friday, after purging all candidates from the rival faction,

but he is still terrified that a nationwide voting boycott will expose the sham elections to the world.

So, on Friday, he used his appointed Friday prayer leaders to attack those in the faction belonging to Hassan Rouhani and encourage people to vote in the elections.

He said that people should only vote for “deputies who could be trusted. Not [ones that would] sign such [terrible] agreements with foreigners. You should not vote for ministers with criminal records.”

While Khamenei’s representative in Khorassan, Ahmad Alam ol-Hoda, said that the voting public must “prevent some (deputies) from walking in” to the Parliament, which includes those who “diverge from the leader, even slightly, those who do not fully accept the leader, his absolute rule, and deviate from the leader”.

The Friday prayer leader of Bandar Abbas, said: “Widespread propaganda is being disseminated by the arrogant powers to influence the election in a bid to dissuade our people from participating.”

Others called the election “a divine test” and “more compulsory than prayer and fasting”, while others said non-participation would be a threat to national security and essentially mean “siding with the enemy and treachery.”

Prior to this, the state television aired Khamenei’s comments about the Guardian Council, who were the body disqualifying candidates but are chosen by Khamenei. He denied that the Council would do something to help him win and said that anyone who would make such a statement should be “prosecuted as someone who has corrupted the earth”. This includes the death penalty.

Maryam Rajavi, the President-elect of the National Council of Resistance of Iran (NCRI), said that the people had cast their real vote during the November 2019 and January 2020 uprisings when they chanted “death to Khamenei”, “death to the principle of the velayat-e faqih (absolute clerical rule)”, and “death to the oppressor, be it the Shah or the Leader.”

Reuters: The chief of the U.N. nuclear watchdog will...

Reuters: China urged other powers on Tuesday to show...