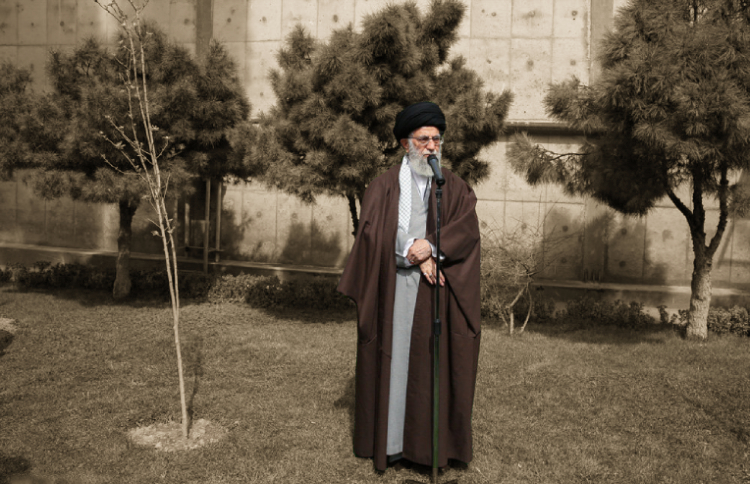 Iranian Supreme Leader Ali Khamenei has downplayed the country’s COVID-19 outbreak, even describing it as a “blessing”, and advised Iranians to pray to “ward off” the virus.

He said: “In my opinion, this is not that big of a misfortune. We’ve had bigger calamities. This is a temporary issue. It’s not extraordinary. These kinds of events happen in the country. Of course, I don’t want to minimize it. But let’s not make a big deal out of it. It’s something that has happened, and we hope that it won’t last long.”

Khamenei dismisses #CoronaVirus as “not that big a deal”, even calls it a “blessing”. Iranians should pray against the virus “as prayer can solve many problems”

His comments over the crisis came as the National Council of Resistance of Iran (NCRI) reported that at least 1,200 Iranians have died due to the COVID-19 outbreak in Iran and the mullahs’ mishandling of it.

The government has claimed that 77 have died and 2,336 are infected, but local reports show this is barely even the tip of the iceberg.

A report from Isfahan said that “no one knows how many fatalities or infections there has been” and that hospital personnel are being threatened to not provide the actual numbers and not use barrier equipment like masks and suits.

The source said: “It seems that only cemeteries could give us the real numbers.”

Someone from Tehran said that their sister was quarantined for 10 days and told she was “probably” infected with COVID-19. Her COVID-19 test and a scan of her lungs cost  1,450,000 tomans; her medicine costs an extra 1,050,000 tomans.

They said: “If you don’t have money, you would die quickly from this virus. The doctors told her to eat lots of red meat, bananas, pineapples, and avocados. All of this costs money! How are people supposed to fight this infection?”

A health worker in Kashan said on Monday that all the beds in Beheshti Hospital are full, three doctors have been quarantined, and a super emergency has been declared.

They said: “We are underequipped and lack hospital beds. Please tell people not to come to Kashan.”

Five COVID-19 sufferers in the city died on Monday, but the Ministry of Health ordered that the cause of death be listed as something like a heart attack. Worse still, some of the bodies were buried in secret without the family present.

Even officials have announced concerns about the COVID-19 outbreak.

MP Massoud Pezeshkian, a former Minister of Health, said: “This illness is not a joke, but we treat it as such.”

Abdolreza Mesri, the deputy speaker of the parliament, said that 23 MPs have tested positive for the virus, although he did not name the MPs.

While Ahmad Toyserkani, an adviser to the head of the judiciary, has died from COVID-19, according to the state-run ISNA News Agency.

Iran threatens to carry out missile strikes on enemies

Increasing Troubles With US and International Community Plague Iran